This year, Food and Agriculture Organization of the United Nations aims to reach nearly 49 million people who rely on agriculture 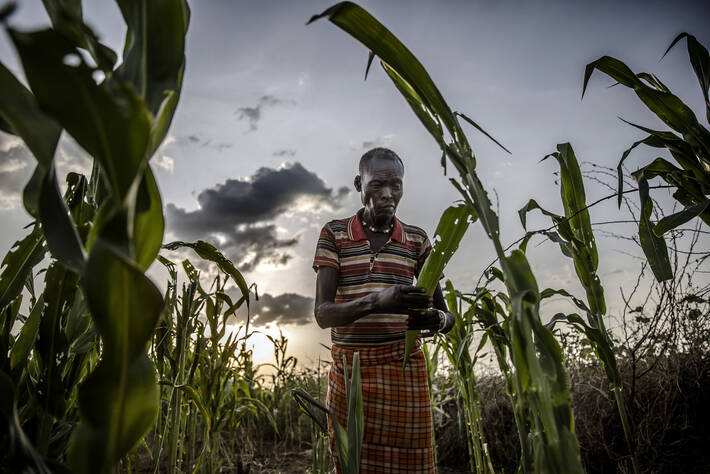 The Covid-19 pandemic has added to conflict and climate-related crises that are driving acute levels of hunger higher. The Food and Agriculture Organization of the United Nations (FAO) is seeking $1.1 billion in 2021 to save the lives and livelihoods of some of the world's most food-insecure people.

In 2021, FAO is aiming to reach more than 48.9 million people who rely on agriculture for their survival and livelihoods. The effort is being made through interventions aimed at boosting local food production and nutrition.

It also intends to strengthen the capacity and resilience of communities to prepare for and cope with crises, as well as providing post-disaster livelihoods support to help people resume production.

Agriculture is critical as nearly four out of five people live in rural areas and rely on some form of agricultural production for their livelihoods. The most severe manifestation of acute hunger remains a largely rural phenomenon so averting famine must therefore begin in rural areas and include large-scale and collective action to save livelihoods and lives.

According to FAO's latest data, country after country has recorded new food insecurity figures. The total number of people who experienced acute food insecurity at crisis or worse levels in 2020 is expected to exceed 2019's high of 135 million people.

This year's Global Report on Food Crises, to be launched by the Global Network against Food Crises in April, will underscore the severity of the situation.

"The shocks of the past year will reverberate long into 2021 and beyond, and we need to urgently scale up actions to avert a worst-case scenario," said Dominique Burgeon, Director of FAO's Emergencies and Resilience Division.

Of extreme concern are the estimated 30 million people in Integrated Food Security Phase Classification (IPC) Phase 4 or Emergency levels of acute hunger, who are already experiencing excess mortality and the irreversible loss of vital livelihood assets.

Hundreds of thousands of girls, boys, women and men are at extreme risk of acute food insecurity in several countries. Many are living in conflict zones where humanitarian access is restricted or challenging.

"Millions are living on the precipice - one stress or shock away from a rapid deterioration. With or without famine declarations, we need to act now," Burgeon added.

FAO has already provided critical livelihood support to safeguard the livelihoods of over 24 million people against the socioâÂÂeconomic impacts of COVID-19.

Desert Locust control operations have also had an impact in the Greater Horn of Africa and Yemen where FAO has protected over 3.1 million tonnes of cereal, worth $939 million, enough to feed more than 20.8 million people for a year and protect more than 1.5 million pastoral households.

With FAO's support, those affected can have the means and the capacity to produce the food needed to stave off acute hunger.

FAO's emergency response in 2021 will focus on assistance to highly food-insecure communities in more than 30 countries including the Democratic Republic of the Congo, Ethiopia, Somalia, South Sudan, Syria, and Yemen.