86% Of Available Wheat Procured In Punjab: Mandi Board

Punjab had set a target for procurement of 130 LMT of wheat in the ongoing Rabi Marketing Season. It has already procured 29.65 LMT in a week. 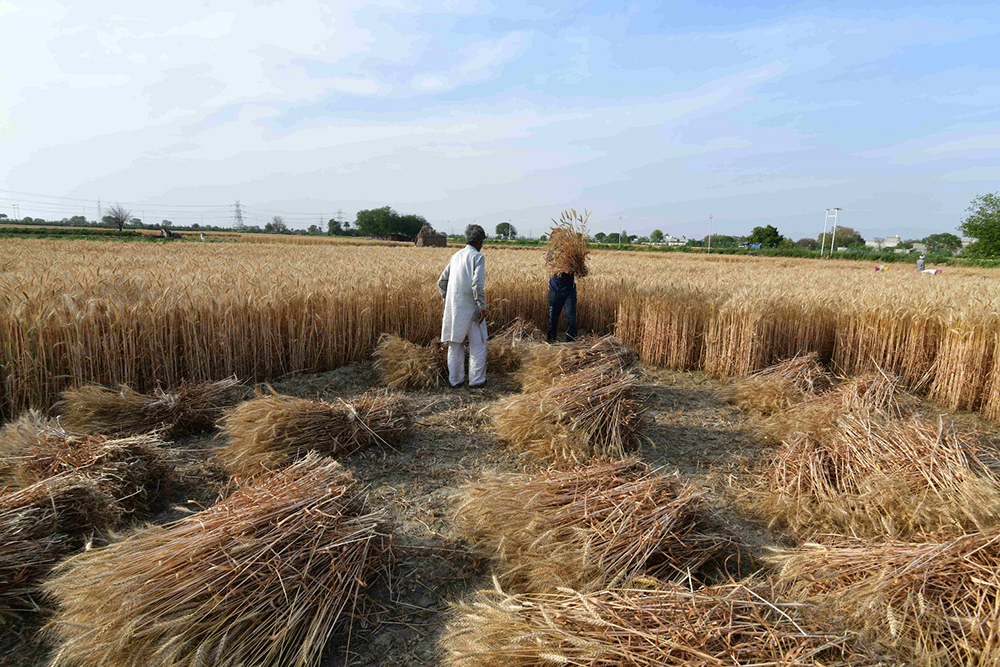 In Punjab, 29.65 LMT of a total of 25.61 LMT wheat available in mandis across the state have already been procured since April 10.

This was stated in a media release on Saturday, April 17, which added that the procured quantity amounted to 86.37 percent of the grain that arrived in state mandis.

COVID-19 protocols are already in place in state mandis. According to Secretary, Mandi Board and Director Food & Civil Supplies, Ravi Bhagat, Punjab Mandi Board has made arrangements for providing 10,000 masks (N-95) and 10,000 bottles of sanitisers to its 5,600 officials and staff.

To ensure smooth and hassle-free procurement of wheat during this pandemic, Mandi Board has also arranged another one lakh masks and 35,000 litres of sanitisers for farmers visiting purchase centres.

In mandis of Sanguru district, the largest amount of wheat (4.76 LMT) had been received, followed by Patiala and Mansa – with 3.87 LMT and 2.32 LMT respectively, added Ravi Bhagat.

The state’s targeted procurement of wheat in the ongoing Rabi Marketing Season is 130 LMT, he said.

Secretary, Mandi Board also added that 5.74 lakh passes have already been given to farmers through Arhtiyas (commission agents) by Mandi Board and various Market Committees in view of the staggered movement of wheat due to Covid-19.

Regarding the problems faced by farmers on account of delay in payment for crops, Bhagat pointed out that the DBT (direct bank transfer) system was introduced for the first time this season.

He said there were some technical issues, which were being resolved at the earliest by the Food and Civil Supplies Department.

The state government earlier released arrears amounting to Rs. 151.45 crore to the Arhtiyas.

The state Finance Department on Friday, April 16, paid the arrears to about 5,000 agents on the directions of Chief Minister Captain Amarinder Singh.

Though the amount is pending from Food Corporation of India (FCI), the fund was released from state exchequer after protests during the ongoing Rabi Marketing Season.

The Finance Department paid the amount on condition that the Food and Civil Supplies Department will credit it to the state exchequer whenever it is returned by FCI.

Incidentally, the commission amount was withheld by FCI after around 5,000 Arhtiyas did not comply with the Public Financial Management System (PFMS) during the Kharif Marketing Season 2019-20.