Conflict, economic shocks – including due to COVID-19, extreme weather – pushed at least 155 million people into acute food insecurity in 2020 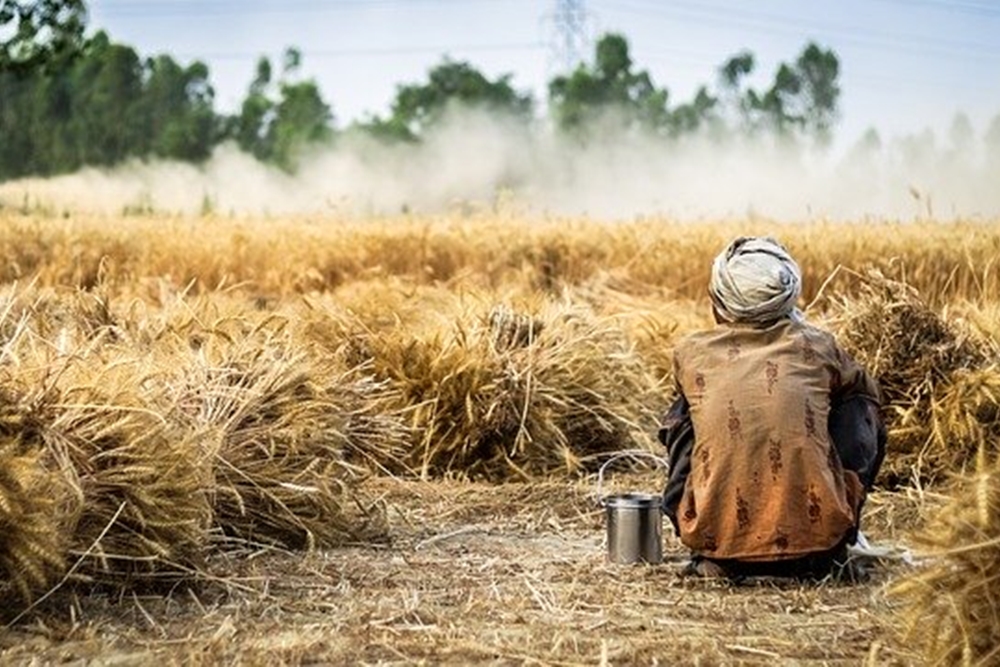 The number of people facing acute food insecurity and needing urgent life and livelihood-saving assistance has hit a five-year high in 2020 in countries beset by food crises.

This was among findings in the annual report launched by Global Network Against Food Crises (GNAFC) - an international alliance of the UN, the EU, governmental and non-governmental agencies working to tackle food crises together.

The stark warning from the 2021 Global Report on Food Crises reveals that conflict, or economic shocks that are often related to COVID-19 along with extreme weather, are continuing to push millions of people into acute food insecurity.

The Global Network Against Food Crises report reveals that at least 155 million people experienced acute food insecurity at Crisis or worse levels (IPC/CH Phase 3-5) across 55 countries/territories in 2020 - an increase of around 20 million people from the previous year, and raises a stark warning about a worrisome trend: acute food insecurity has kept up its relentless rise since 2017 - the first edition of the report.

Of these, around 133 000 people were classified in the most severe phase of acute food insecurity in 2020 - Catastrophe (IPC/CH Phase 5) - in Burkina Faso, South Sudan and Yemen where urgent action was needed to avert widespread death and a collapse of livelihoods.

At least another 28 million people faced Emergency (IPC/CH Phase 4) level of acute food insecurity in 2020 - meaning they were one step away from starvation - across 38 countries/territories where urgent action saved lives and livelihoods, and prevented famine spreading.

Thirty-nine countries/territories have experienced food crises during the five years that the GNAFC has been publishing its annual report; in these countries/territories, the population affected by high levels of acute food insecurity (IPC/CH Phase 3-5) increased from 94 to 147 million people between 2016 and 2020.

Additionally, in the 55 food-crisis countries/territories covered by the report, over 75 million children under five were stunted (too short) and over 15 million wasted (too thin) in 2020.

Countries in Africa remained disproportionally affected by acute food insecurity. Close to 98 million people facing acute food insecurity in 2020 - or two out of three - were on the African continent. But other parts of the world have also not been spared, with countries including Yemen, Afghanistan, Syria, and Haiti among the ten worst food crises last year.

The key drivers behind rising acute food insecurity in 2020 were:

While conflict will remain the major driver of food crises in 2021, COVID-19 and related containment measures and weather extremes will continue to exacerbate acute food insecurity in fragile economies.

Statement from the Global Network Against Food Crises:

"One year after the declaration of the COVID-19 pandemic, the outlook for 2021 and beyond is grim. Conflict, pandemic-related restrictions fuelling economic hardship and the persistent threat of adverse weather conditions will likely continue driving food crises," said the European Union (EU), the Food and Agriculture Organization of the United Nations (FAO), the United Nations World Food Programme (WFP) - founding members of the Global Network - together with USAID in a joint statement released with the report.

Message from the UN Secretary-General:

"Conflict and hunger are mutually reinforcing. We need to tackle hunger and conflict together to solve either... We must do everything we can to end this vicious cycle. Addressing hunger is a foundation for stability and peace," said António Guterres, Secretary-General of the United Nations, in the foreword of the report.

In March 2021, Guterres established a High-Level Task Force on Preventing Famine, led by the Under-Secretary-General for Humanitarian Affairs and Emergency Relief Coordinator, Mark Lowcock, along with FAO and WFP and with the support of OCHA and other UN agencies as well as NGO partners. The Task Force aims to bring coordinated, high-level attention to famine prevention and mobilise support to the most affected countries.

Founded by the EU, FAO and WFP in 2016, the Global Network Against Food Crises is an alliance of humanitarian and development actors working together to prevent, prepare for, and respond to food crises and support the Sustainable Development Goal to End Hunger (SDG 2).

[Acute food insecurity is when a person's inability to consume adequate food puts their lives or livelihoods in immediate danger. It draws on internationally-accepted measures of extreme hunger, such as the Integrated Food Security Phase Classification (IPC) and the Cadre Harmonisé. It is not the same as chronic hunger, as reported on each year by the UN's annual State of Food Security and Nutrition in the World report. Chronic hunger is when a person is unable to consume enough food over an extended period to maintain a normal, active lifestyle.]

Read the full report and the Global Network's statement: http://www.fightfoodcrises.net/grfc-2021/en/