Arhtiyas, numbering around 45,000, and even the state government were initially against DBT. But the Centre refused to buy otherwise. 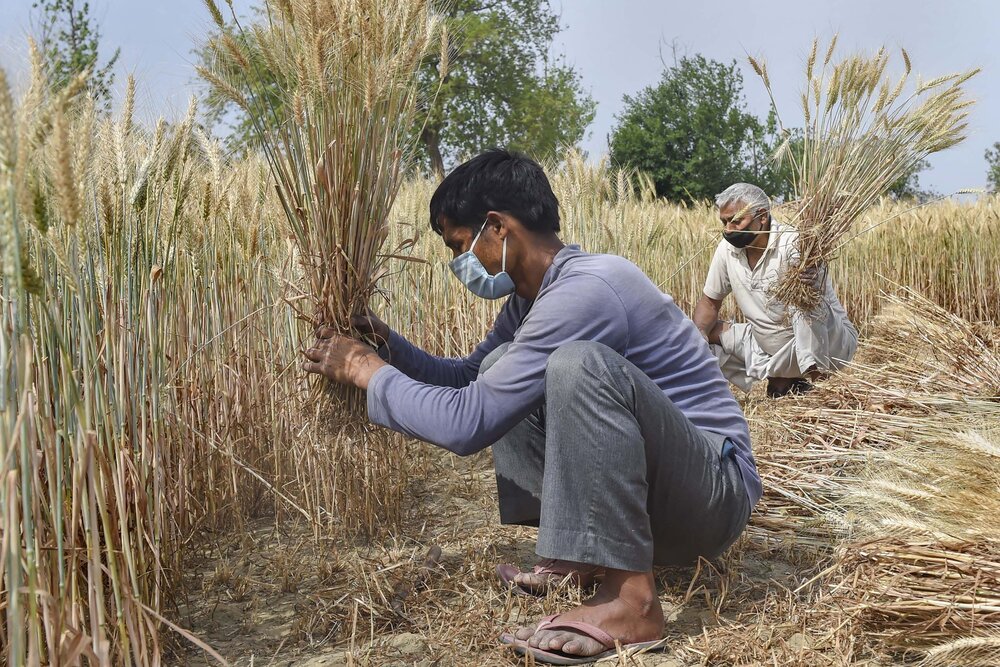 Wheat procurement began in Punjab on Saturday, April 10, with commission agents (Arhtiyas) calling off their proposed strike following Chief Minister Captain Amarinder Singh’s orders for release of their payments without waiting for Food Corporation of India (FCI) to clear dues.

The Chief Minister ordered various steps to ensure their continued involvement in the process and immediate release of their pending payments of Rs 131 crores.

For the first time in Punjab, payment for the crop will be directly debited (DBT) to farmers’ bank accounts.

Arhtiyas, numbering around 45,000, and even the state government were initially against DBT. But the Centre refused to buy otherwise.

On the Chief Minister’s directives, the State Food Department has amended the procurement software so that the Arhtiyas will continue to be involved in the process of release of payments to the farmers, albeit in a modified manner, while farmers get their payments in their bank accounts within 48 hours, as mandated by the State Government.

Amarinder Singh said that despite Centre’s directives to exclude them from MSP payments, the Arhtiyas shall always be associated with procurement.

“Till I am there, you will part of the system, and your role will always remain,” he asserted, adding that he will ensure that the Arhtiya Commission and other charges permitted under the APMC Act shall continue.

Commenting on the Government of India’s refusal to accept the state’s request for deferment of the Direct Benefit Transfer (DBT) system, the Chief Minister said, “We fought hard with the Centre on the issue, but they were adamant, and even went to the extent of threatening not to procure from Punjab if we do not implement the DBT.”

He also ordered the Finance Department to immediately release Rs 131 crore due to the commission agents without waiting for FCI, which had reportedly withheld payments after some Arhtiyas had failed to upload details.

These Arhtiyas were probably misguided at that time by people who wanted to play politics, he said. He also assured the Arhtiyas that his government will take up with the Centre the issue of 30% deduction in labour payments made by the FCI.

Captain Amarinder thanked Vijay Kalra, the president of the Federation of Arhtiya Association of Punjab, for heeding his government’s plea to withdraw their proposed strike and lift the grain as the farmers would otherwise have suffered.

He appealed to the Arhtiyas to immediately start procurement and also adhere to COVID-19 protocols. The government had to delay procurement this year till April 10 (from the previously scheduled April 1) on account of the second surge in Coronavirus cases.

The Chief Minister said like last year, farmers will be issued passes to reduce congestion at the Mandis in view of the pandemic situation.

He assured that farmer passes would be issued at the district level, strictly in consultation with the Arhtiyas who are in the best position to know which farmer has harvested his crop and is ready to come to the Mandi.

Sharing the Arhtiyas’ pain, which he said he could feel from the bottom of his heart, the Chief Minister said he failed to understand why the central government was treating them and the farmers in such a manner.

He recalled that the system of Arhtiyas prevailed even when he was a kid, and visited mandis with his grandfather, and said it was inexplicable why the Government of India wanted “to ruin it”.

The Arhtiyas are not middlemen but service providers, he said, adding that the private sector can function along with the existing system and there was no need to change it.

Pointing to the 72% increase in farmers’ earning, he attributed it to the combined efforts of the farmers and the Arhtiyas.

“Your contribution to the Green Revolution and filling of India’s granaries is unforgettable,” he told them, adding that he does not agree with anything that the Centre is doing on Agriculture. He assured that all their concerns would be addressed, and all the commitments made to them will be fulfilled.

Announcing the withdrawal of the strike in the interest of the state and the farmers, Kalra thanked Captain Amarinder and his government for their support in their fight with the Centre.