Benefits Of High Yield May Not Pass On To Farmers, Claim Leaders

This is higher by 5.84 million tonnes than the production achieved during 2019-20. 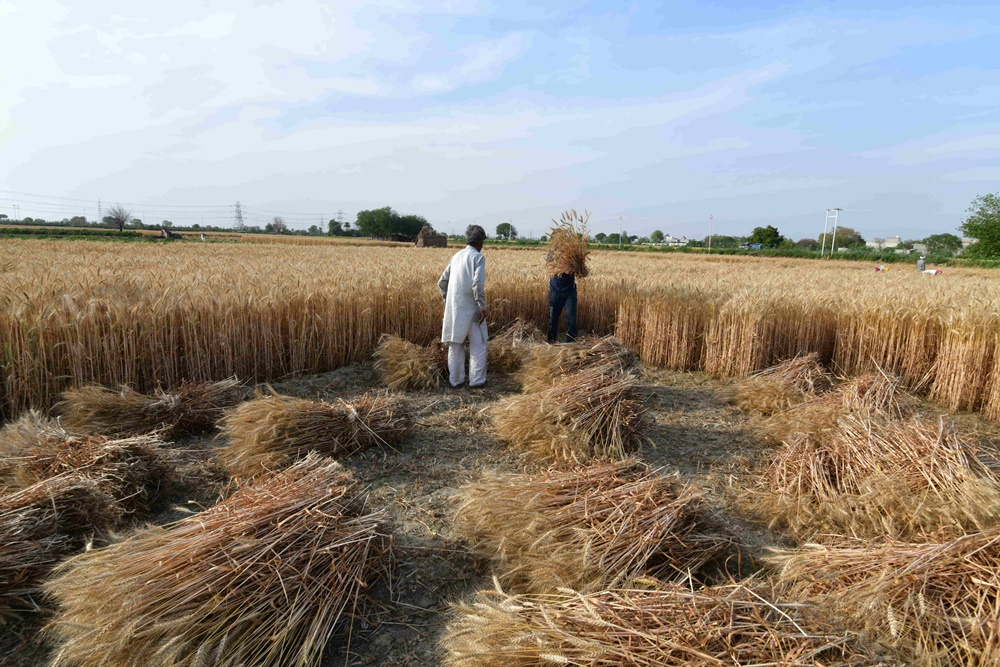 The second advance estimates of production of principal crops for the year 2020-21 reveal a record production of 303.34 million tonnes of food grains, said the Union Agriculture Ministry in a statement.

But farmer union leaders are not too upbeat about the benefits that will pass on to the tillers.

“It is assumed that a bumper harvest will benefit the growers. Unfortunately, the reality is not so,” lamented Hannan Mollah, general secretary of the Left-leaning All India Kisan Sabha (AIKS).

According to Badrinarayan Chaudhary, general secretary of the RSS-affiliated Bharatiya Kisan Sangh (BKS), “A good yield was expected since the monsoon was good, and no major calamity was reported. But how much of this will help farmers, I’m not too sure.”

The leaders think that the yield will benefit traders and agents more than peasants. For the common farmers, a larger yield will bring down prices.

“A higher yield may not necessarily increase farmers’ income. Rising production will bring down prices. While (Coronavirus) pandemic affected the country’s economy, there was no impact on agricultural produce. But it did not help growers,” pointed out Hannan Mollah.

BKS Organisation Secretary Dinesh Dattatreya Kulkarni earlier claimed that a distress sale of paddy was witnessed in Uttar Pradesh. Farmers were selling produce below the minimum support price (MSP) is areas of the state, he said.

As pointed out by Chaudhary, the cumulative rainfall during this year’s southwest monsoon season till September 30, 2020 has been 9% higher than Long Period Average (LPA).

“There should be an umbrella – with the Agriculture, Commerce, Food and Supply Ministries – that can oversee and decide overall import, export, etc. of farm produce,” Chaudhary added.

“Here lies the dilemma, record yields in certain areas bring down market prices affecting farmers in all parts of the country,” claimed Chaudhary.

Union leaders have, however, pointed out that despite such sugarcane yield, farmers in western Uttar Pradesh have not been able to benefit.

Kulkarni claimed that farmers in the state are upset that fair and remunerative price and state advised price not being increased in the last few years. Also, that the farmers were paying high electricity rates.