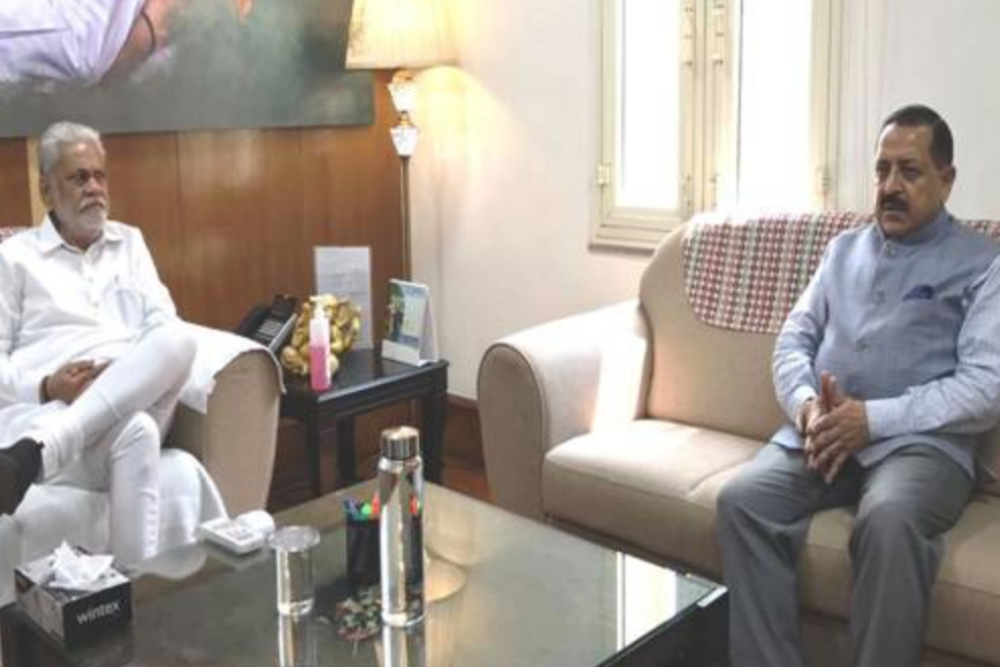 Jammu & Kashmir has an abundant stock of animal husbandry and dairy resources and these can be effectively integrated with Aroma Mission, according to Union Minister of State, Science & Technology, Jitendra Singh.

The minister proposed an Integrated Aroma Dairy Entrepreneurship for Jammu & Kashmir to augment the income of farmers. He said this during his meeting with the Union Minister of Fisheries, Animal Husbandry and Dairying, Parshottam Rupala.

Dr Singh said that the Aroma Mission has been launched in Jammu & Kashmir by the Council Of Scientific And Industrial Research (CSIR) under the aegis of the Union Ministry of Science & Technology.

This will pave the way for integrated aroma dairy entrepreneurship, ensuring sustainable growth, increased income, and fresh avenues of livelihood for farmers, he added.

The Aroma Mission, also popularly referred to as “Lavender or Purple Revolution", has started from Jammu & Kashmir and transformed the lives of farmers who are able to grow lavender, make a lucrative profit and improve their lives, added Dr Singh.

He said the efforts of CSIR-Indian Institute of Integrative Medicine are laudable as they have introduced the crop, native to Europe, in the districts of Doda, Kishtwar and Rajouri in J&K.

The Aroma Mission was launched by the CSIR in line with PM Narendra Modi's vision of improving farmers' livelihood. Apart from providing planting material, distillation units are also given, and farmers are trained in extraction and many of them have become entrepreneurs as lavender oil is quite sought after.

Apart from lavender, many high value aromatic and medicinal cash crops have been introduced by CSIR in J&K. It is now being expanded as Aroma Mission Phase II and a floriculture mission has been recently launched.