Can A Simple Pot Be Solution For Farmers In Dry Areas?

The new micro-irrigation system is sustainable and creates farmer-potter bond. It is also economical when compared to alternative methods. 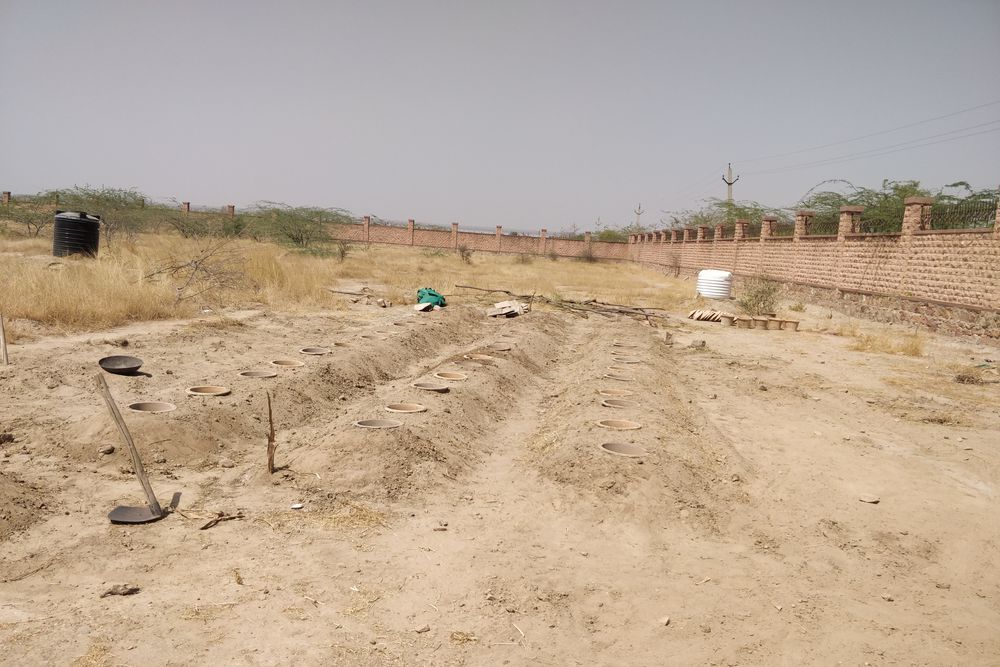 Seeing the farmers struggle, it occurred to a young engineer that perhaps a simple technology for homestead-based gardening is missing in rural villages, especially in the dry areas.

“These farmers are facing problem of low productivity due to dwindling water availability and most of current solution to this problem are both energy intensive as well as costly,” said Pankaj Jakhar, a PhD student at the Indian Institute of Technology Jodhpur (IITJ).

“Alternatives like drip- or micro-irrigation need considerable investment, and recurring expenses like electricity charges. Moreover, plastic pipes used in such systems are damaged every year,” he added. Pankaj also found that traditional potters (‘kumhars’) were running out of business due to decreasing demand for earthen pots. Refrigerators and water coolers were more popular and turning affordable.

The innovator in him decided to address both issues.

Pankaj has been granted scholarship from the India Agritech Innovation Network (IAIN).

IAIN is an initiative supported by the Bill & Melinda Gates Foundation and the Tata Trusts, in partnership with Indian Institute of Technology Kanpur and the Collectives for Integrated Livelihood Initiatives (CInI) and powered by Social Alpha.

The fellowship intends to create an enabling ecosystem for innovators and entrepreneurs developing solutions for small farmers to help them become more productive, profitable, and empowered.

Explaining the project, Pankaj says that in order to solve both the famers’ and the potters’ problems he developed a “frustum-shaped ceramic pitcher” with the help of Rural Technology Action Group (RuTAG) at Indian Institute of Technology Delhi (IITD).

Each of these 9-litre pitchers can irrigate about 10 square feet of land, slowly releasing water over 10 hours. Thus, 2,000 pitchers would be enough for an acre of land. If manufactured locally, the cost would come to less than Rs. 4 lakhs. And this will not need replacement for at least four years. 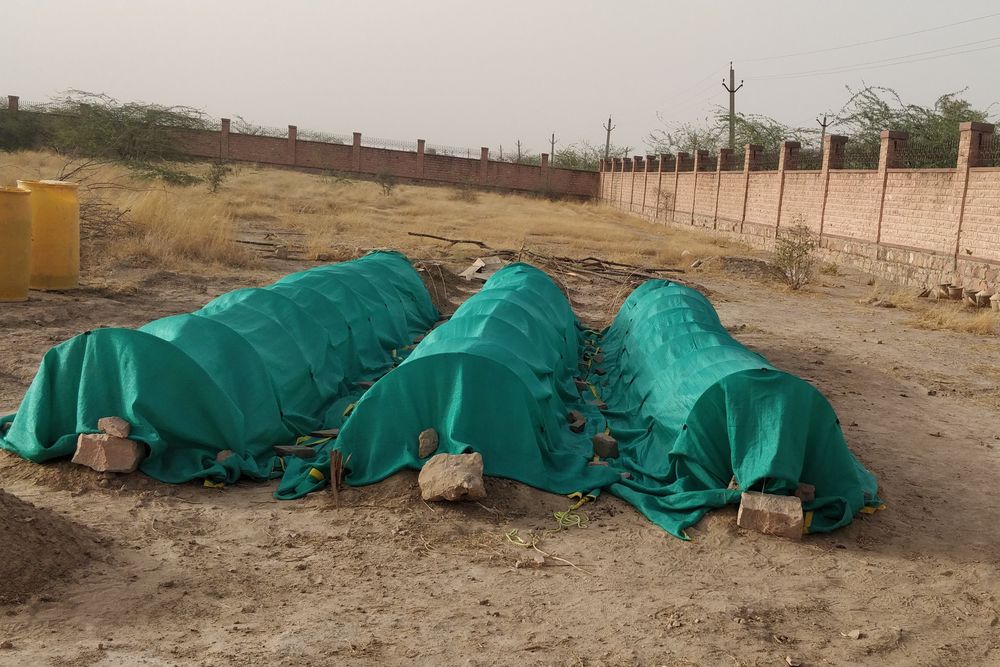 The pitchers covered in shade nets to protect from direct sunlight

“So, we can say it’s a new micro-irrigation system which is more sustainable and recreates farmer-potter bond,” he said.

The technology can also be used in kitchen gardens or in institutions which would like to grow part of their own food in the backyard.

“One such pitcher can last up to 6-7 seasons and costs around Rs. 300. It is an excellent product for use in horticulture,” added the young engineer.

The pitchers are buried in a line with gaps for access in between. These are like berm – small, raised mounds or bank of earth, like an embankment – rising about 40 cm above ground.

In areas with high temperatures, the berms can be kept in a shade.

“Currently we are working with NGO'S like Rupayan Santhan, Jodhpur, and Arpan Sewa Santhan, Udaipur, to create public awareness about this product – among marginal farmers; and also train local potters in making it,” stated Pankaj.

After the satisfactory results, Pankaj now intends to reach the product to farmers struggling with water supply.

“Lately, with the help of IIT Kanpur we have stated our own startup called Unnada Private Limited. We have named the product ‘Sub Surface Porous Vessel’. We’ll introduce the SSPV in market through our startup,” he added.

Alternative methods available for irrigation are energy based and consist of large number of parts. SSPV is considered unique since it does not need energy supply and is biodegradable. Among other advantages are its product life, that it promotes polyculture of vegetables and fruits, improves soils with carbon content enabling good soil character.
(All photographs courtesy Pankaj Jakhar)
In This Article: Outlook KrishiTechnologyAgri Outlook
Policy
Livelihoods
Blogs / Opinion
Global / Exports
Technology
Advertisement*