Can This Method Be A Step Towards Food Security

The main benefit of hydroponics, among many others, is that the system can grow plants and vegetables much faster than in the conventional setting. 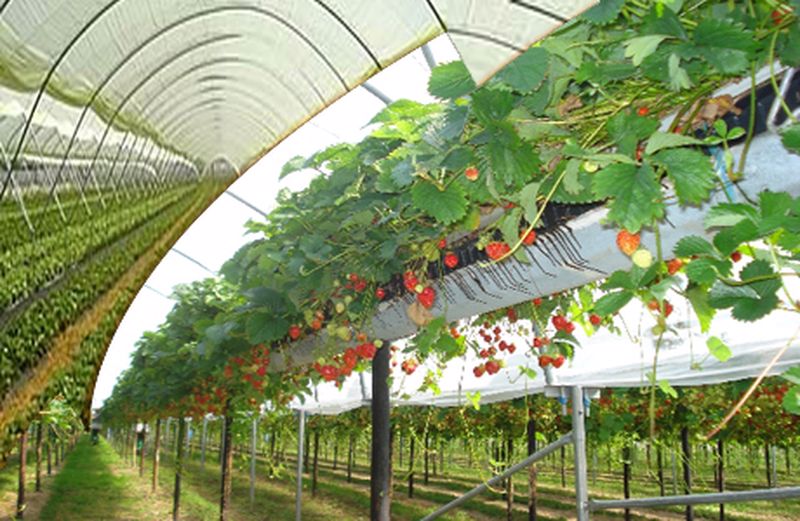 Karma Lam Dorji’s polyhouse in Bhutan grows more than nine varieties of lettuce and herbs today. It all began with a chance meeting with a friend in Delhi who happened to be a hydroponics expert and consultant.

What began as a pastime activity is now a serious venture, reported a news website of Bhutan.

“No dirt, no digging, weed, or pest. I don’t have to worry about weather fluctuations. The greatest advantage is that I don’t need helpers,” Karma Lam Dorji told kuenselonline.

He started tech-driven polyhouse Bhutan L-Farm in Ngabiphu, Thimphu, without any farming experience.

In a year, Karma can harvest crops four times. If grown in soil, the maximum cycle is twice a year.

The report mentions that Bhutan has about eight percent or 2,77,000 acres of arable land. Of this, only 23 percent is being cultivated.

The website also pointed out that Bhutan’s agriculture is dependent on monsoon. With changing weather and climatic conditions, water shortage is already a major issue in the country, especially in rural parts. Studies have suggested that impacts of climate change are likely to add to the burdens of farming.

Thus, hydroponics, that does not use soil to grow crops, can be the solution. The main benefit of hydroponics, among many others, is that the system can grow plants and vegetables much faster than on the conventional setting in soil.

The environment also can be adjusted. The temperature reading is 10 deg C, pH 6.2, and nutrient level 1.4. This is the optimum level. Nothing needs to be done.

Karma started hydroponics when Bhutan's four Agriculture Research and Development Centres (ARDC) were performing their first-ever hydroponics trials, according to the report.

“Knowing what nutrient and quantity is required by the plants is thus very challenging,” an ARDC official told kuenselonline.

The secret lies in the nutrient mix, what Karma calls the “formula”, which is not shared among hydroponics users.

Karma had to study expansively about hydroponics system, from farm size to nutrient requirements. The ready-made nutrients supplied by Kolkata-based Envirevo Agritech to Bhutan's ARDCs reportedly have no specification of the type of plant nutrient and their content percentage.

Karma’s farm operates on deep-water technique (DWT). In this system, foam floats on the nutrient-fed water. Holes are pierced through the foam for planting. Water circulates through pumps – which allows mixing and distribution of nutrients.

There is a fountain to produce oxygen. There are heaters and fans for air circulation.

Though initial investment in the system is high, recurrent expenditure is less.

Karma invested Nu 1.5 million (almost Rs.15 lakhs) in building the system, but he sees it as an answer to achieving food security in the country.

The Covid-19 pandemic made Bhutan realise that achieving self-sufficiency is important. Increased production can offset import.