For decades, cooperatives proved to be instruments of change, and it is imperative to impress upon the youth to come up with the idea of a new India, especially in agriculture 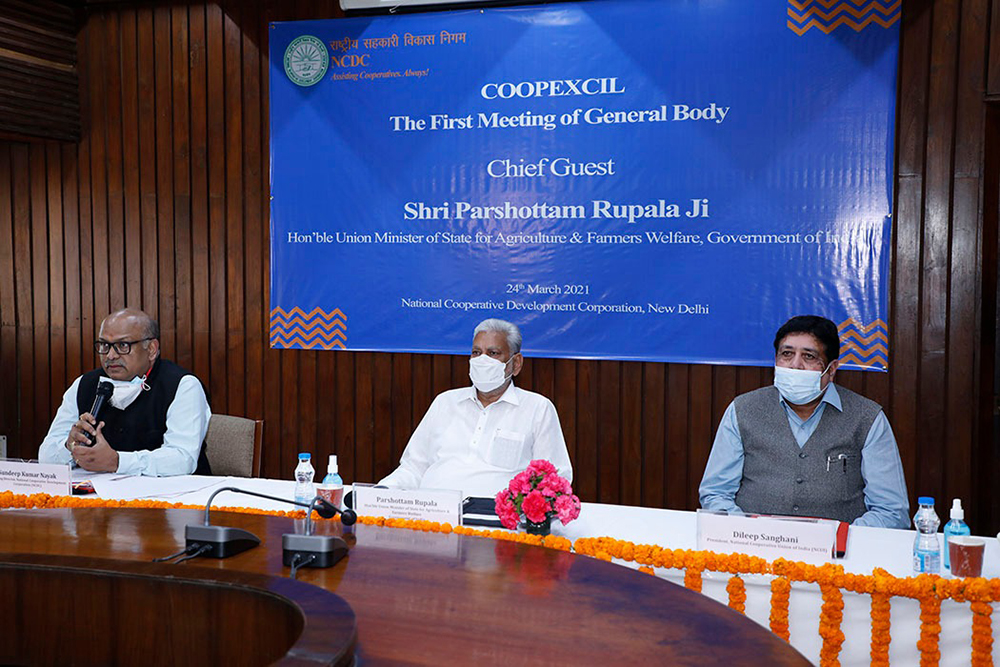 The Centre hopes to involve the youth in the cooperative movement today. There is a need to change national perceptions about the sector – that it is not only for the conservative, older generation, but there are immense business and money-making opportunities for the younger too.

Cooperative societies can be the instrument of rural development, particularly agriculture, Union Minister of State for Agriculture, Parsottham Rupala said on Wednesday even as he noted that these entities are yet to catch the fancy of the youth and there was a need to attract them into this model. 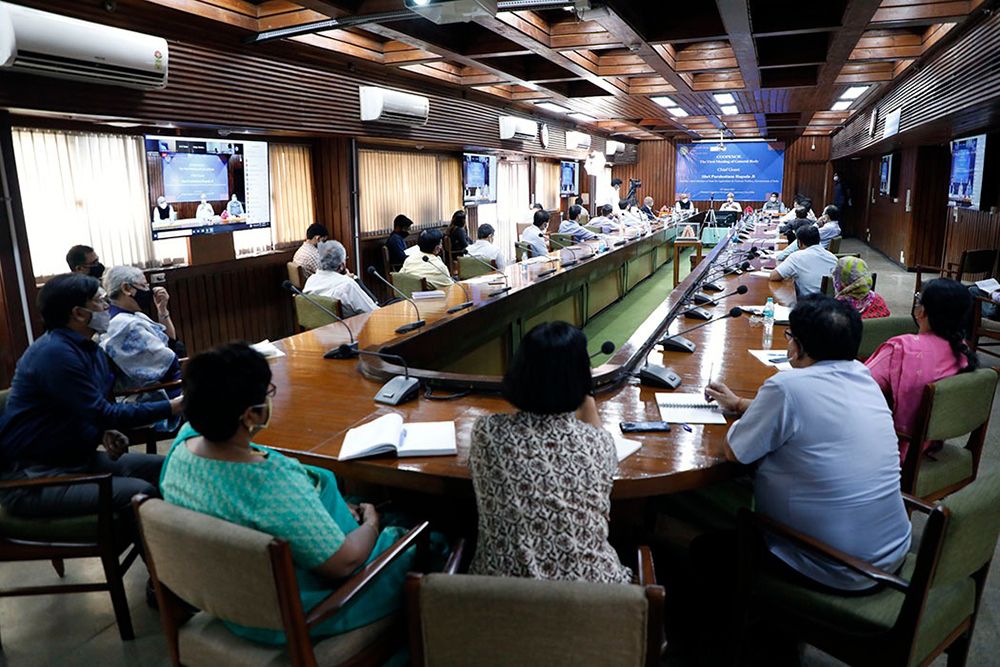 For decades, cooperatives proved to be instruments of change, and it is imperative today to impress upon the youth, who can prove to be tomorrow’s game-changers, come up with the idea of a new India, especially in the agriculture sector.

“Numerous economic opportunities are available for the youth in the cooperative sector. But not many are coming forward. They think that cooperatives are some old-fashioned concept run by elderly people. It is our responsibility to introspect how to make them part of the cooperatives which holds huge potential to push the country's economic growth,” he said while addressing the first general body meeting of the Cooperative Sector Exports Promotion Council (COOPEXCIL).

“In fact, cooperatives are the instrument of change in the society particularly agriculture,” the Minister added.

The first-ever COOPEXCIL has been set up under the stewardship of the National Cooperative Development Corporation (NCDC), a cooperative focused financial organisation under the Union Agriculture Ministry to show direction to the cooperatives in exporting their value-added products. 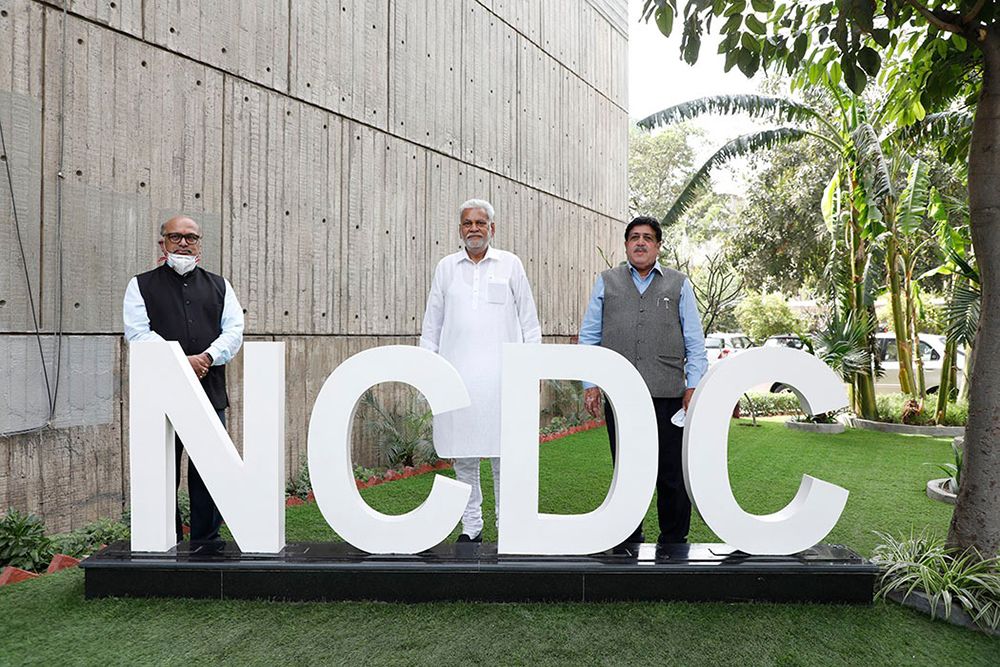 National Cooperative Union of India (NCUI) President Dileep Sanghani added that cooperative should be taken up as a movement so that local people are economically empowered to attain the dream of Atmanirbhar Bharat.

Rupala felt that cooperatives can play a significant role in achieving India's target of becoming a US$ 5 trillion economy by 2024-25 as envisioned by Prime Minister Narendra Modi.

“Our Prime Minister, Shri Narendra Modi ji, has set a target of 5 trillion US Dollar economy by 2024-25. Cooperatives of all types have a big role in achievement of this target. Our farmers have proved it time and again, particularly during the pandemic, that their contribution to the GDP has been the best,” he said.

The Minister urged the NCDC to consider handholding of Farmers Producer Organisations (FPOs) being set up by the government with an aim to aid small and marginal farmers to aggregate the produce with the help of better access to technology, input, finance and market.

“We have to see the context of setting up of 10,000 FPOs by our Government. The FPOs formed as cooperatives should also be facilitated by COOPEXCIL,” Rupala stated.

Sanjay Agrawal, Secretary, Agriculture said that the gains from the first ever India International Cooperatives Trade Fair (IICTF) held in October 2019 need to be fully exploited to benefit the farmers in cooperatives. He suggested broad based approach to involve all types of cooperatives in exports.

According to government data, around 94 percent of the farmers in India are members of one or more cooperatives. The IICTF aimed to promote cooperative trade within India and abroad while increasing exports of key agricultural commodities, leading to increased incomes for farmers.

Noting that the Indian agriculture continues to be the backbone of the society, providing livelihood to nearly 50 percent of our population, the Minister pointed out that the agricultural sector contributes more than 10 per cent of India’s exports.

“Our Agriculture Export Policy of 2018 aims at doubling the agricultural exports and integrating Indian farmers and agricultural products with the global value chains,” he added.

“I am told that the NCDC had organized a national level consultation on 16 May 2019 with stakeholders from all States who concluded that the NCDC should form a Cooperative Sector Exports Promotion Body under its institutional stewardship to promote exports of cooperatives produces to achieve higher price realization,” said Rupala.

On July 2, 2019, Union Minister for Agriculture and Farmers Welfare Narendra Singh Tomar and Union Minister for Commerce and Industry Piyush Goyal had announced the formation of an Export Promotion Body for Cooperative Sector by NCDC at a joint press conference in the national capital.

As exports promotion activity for cooperatives, NCDC and others successfully organized the IICTF in October 2019 which witnessed a footfall of more than 35,000 visitors and was attended by around 125 foreign buyers. It witnessed signing of 75 business agreements valued at around US$ 1.2 billion

The grand success of Trade Fair necessitated early operationalization of COOPEXCIL, the Minister said at the meeting, which was attended offline and online by representatives and officials from various cooperatives across the country and abroad.

Rupala also advised the General Body of COOPEXCIL which has representation from all stakeholders like APEDA, MPEDA, IFFCO, NAFED, TRIFED etc., to have an advisory body and its own Secretary General and Secretariat, with NCDC playing the role of promoter of the body and to make its resources available to the Council.

Lauding NCDC’s role in promoting cooperatives across the country through financing, the Minister said that the NCDC has supported cooperatives with financial assistance to the tune of Rs.1.76 lakh crore since its inception.

NCDC has recently taken many other initiatives such as Yuva Sahakar, Sahakar Mitra, Ayushman Sahakar, Sahakar Pragya etc., to address the needs of cooperatives operating in various sectors.

“I would advise the NCDC to come up with Niryat Sahakar scheme to finance cooperatives to address their needs,” the Minister suggested and hoped that the COOPEXCIL would work towards achieving the objective of the country in exports front.

Sundeep Nayak, Managing Director of the NCDC, while acknowledging the support of all partners said that the Council would play the role of facilitator for cooperatives to export their products.

The youth targeted program of NCDC, Yuva Sahakar, will be a key driver, he added.