Farmer Who Claims To Have Developed A Brew Like No Other

Amresh Singh, a farmer in Bihar’s Karamdih village claims to have found a healthy substitute for tea and coffee 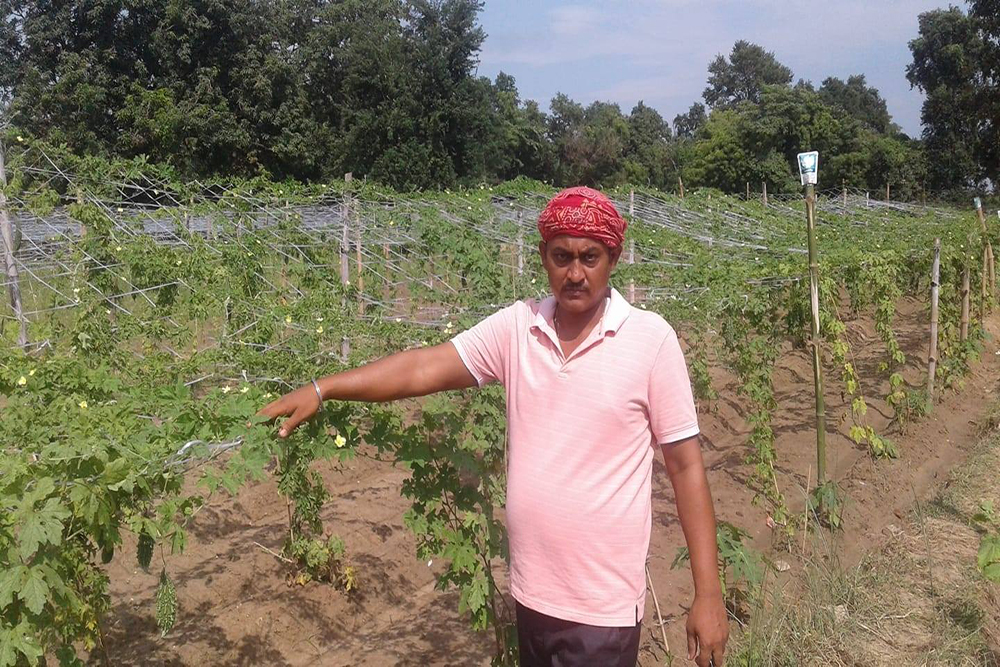 Amresh Singh is a 38-year-old farmer from Karamdih village under Navinagar block of Bihar’s AurangabadâÂÂÂ¯district who claims to have grown a healthy substitute for tea and coffee.

“I always like to think out of the box,” he stated, adding that he specialises in medicinal and aromatic plants. He is also said to be among the pioneers in growing the world’s most expensive hop-shoot in India.

Called ‘Exotic Kahawa’, it is a mix of eight different varieties of medicinal and aromatic species of leaves “in specific proportions,” he said.

“‘Kahawa’ or ‘kahova’ is from ‘karha’ as mentioned in Auyurveda. And Exotic Kahawa is a supplement for tea or coffee,” Amresh added.

“I visited Assam and studied what is known as granulated tea. It enjoys huge demand. Thus, the real granules are not enough to meet requirement. Even the lower stage of the tea is difficult to procure for common people. The lowest grade that reaches us is the tea-dust. It gets mixed with wood-dust and chemicals by the time it is consumed,” he shared.

In 2014, Amresh set off to develop a new, healthier variety.
He said he has been trained at CSIR, Lucknow. The Central Institute of Medicinal and Aromatic Plants (CIMAP) is a research institute of the Council of Scientific and Industrial Research (CSIR). It is engaged in the field of science and business of medicinal and aromatic plants.

“I met botanists, scientists and sought their help in developing a substitute. On their advice, I visited the chemicals department. Here I was counselled, trained but I was looking for not only the ingredients but the right mix too. I was then advised to contact hakim and vaidya (physicians using traditional remedies), which I did,” said Amresh.

Armed with all these inputs, he could mix the ingredients in their correct proportions for the product which he claims has medicinal properties too.

“It is detoxifying, anti-aging, immunity booster, controls sugar and cholesterol levels in blood. The plants are grown organically without using any chemical fertilisers or pesticides,” he added.

“I have patented the product. It is something like green tea, a healthier substitute for tea or coffee. The mix includes Stevia leaves, which is a 100% natural sweetener. There is no need to add sugar to the brew and is thus safe for diabetics too,” Amresh claimed.

Though the thought struck him in 2014, it took him four years to finally produce ‘Exotic Kahawa’.

He achieved an annual turnover of about Rs.50 lakh. “I have exported it to Thailand too. But the pandemic has affected my business now,” he said.