Meet Hemlata from Naki village of Munger district in Bihar, who used her knowledge in farming to create new opportunities and possibilities for a better living 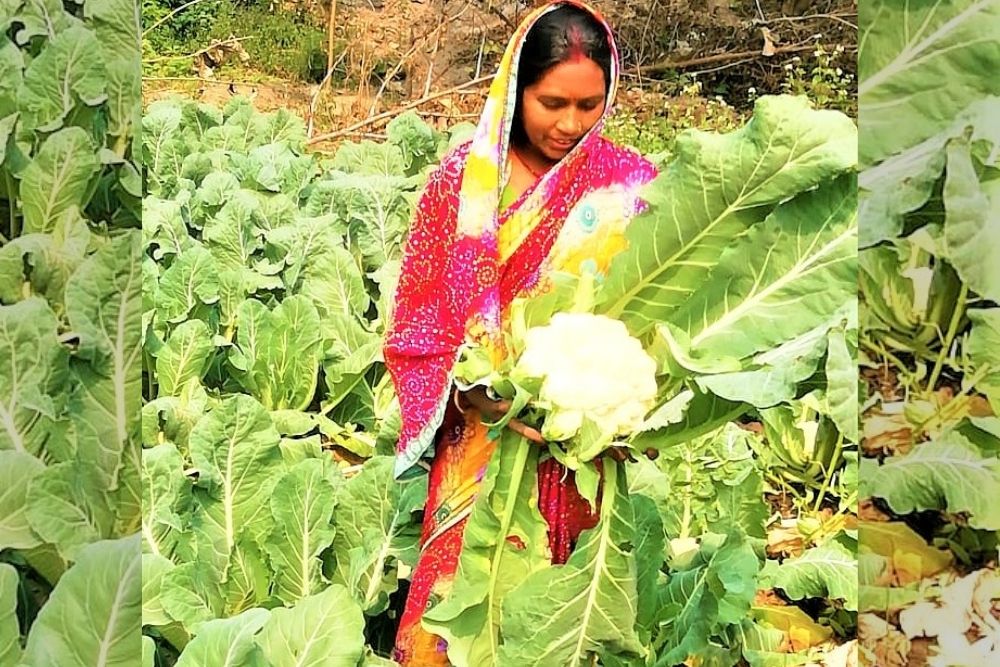 The story of this Bihar woman is one of grit and resilience that has earned her success in a profession once alien to her – farming.

Here is a women farmer who can inspire many in the field of agriculture. She displays how knowledge can lead to the creation of opportunities and possibilities.

Hemlata is from Naki village of Munger district in Bihar. Her husband, Ratan Mandal, is an auto-rickshaw driver. They have two sons, Nitish Kumar (20) and Vikas Kumar (16).

The family used to sustain on a meagre income. She wanted a better life for the family, and for proper education for the children. Hemlata had a dream.

She pursued that dream. After a short struggle, she has finally managed to pay off their debts, send her sons to school and even construct a small house in the village.

The journey started about four years ago. Though Hemlata did not know much about farming, she decided to grow vegetable in their small two kattha (about 0.06 acre) of land. She had her husband’s support.

“In 2017, I participated in a meeting organised by SEWA Bharat and joined the Hariyali Sewa Sabji Utpadak Samuh (a village-level producer group),” says Hemlata.

She put in practice all she had learnt after several rounds of training in vegetable cultivation and production. Finally, she was able to obtain a good yield of bitter gourd and sponge gourd.

This gave her the confidence to tread ahead. Hemlata acquired another 0.25 acre of land on rent in 2018.

The project she was part of provided her cauliflower seed. She soon developed saplings through ‘raised bed’ method. She used saplings from her own nursery to transplant in 0.10 acre of the rented land.

Her perseverance paid, and the yield was good. She earned a net return of Rs.8,000 in a single cropping season.

She also grew potato, garlic, and spinach on 0.15 acre of land for the family’s own consumption.

Sometime later, the project implementation team, after discussion with Hemlata’s group, selected her for a demonstration of drip irrigation.

In September 2018, she started potato cultivation through drip irrigation. The effort paid, and she earned Rs.18,000.

She has also taken up mushroom farming. Since the family did not have enough land, she again rented some from another women farmer on a profit-sharing arrangement.

Hemlata sold the produce and earned Rs.1,500 in January and now hopes to do better in future.

Through time, with a steady source of income, Hemlata has managed to repay her home loan and can now afford education expenses for her children. While they study, her sons are also teaching the children in their village.

Today, she is role model for others. She is also serving her community as member on board of directors at the FPO, Karn Bhumi Krishak Producer Company Limited, promoted under the project.