Urban agriculture practices are gaining momentum due to the increased need and awareness among the consumers, says a study 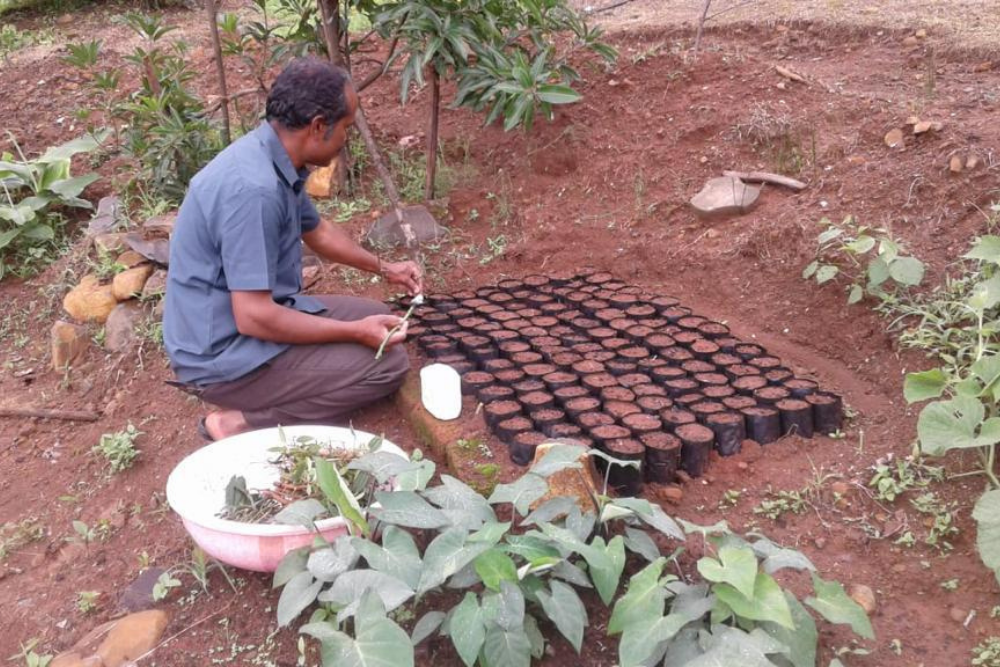 Urban agriculture practices are gaining momentum due to the increased need and awareness among the consumers, says a study

Access to fresh, and pesticide-free veggies, fruits and herbs topped the motivational factors to take people to urban farming, according to a recent study. This was followed by a perception of improved nutrition.

The majority of the respondents (79%), quoted by the study ‘Urban Farming In Indian Cities: An Analysis Of Benefits And Challenges’, took it up for easy access to fresh produce. Those respondents who opted for it due to their perception of improved nutrition followed at 44%.

The findings of the study, published September 19 by Shwetha Kumari, further revealed that other motivations for the urban people were the desire to reduce waste generation through composting of one’s wet waste (35%), the perceived prevalence of pesticide-laden food in the market (14%) and fear caused due to fresh produce supply chain disruption during COVID-19 lockdown (3%).

The next frequency test was conducted to understand kinds of benefits people in cities and towns derived through their home gardening. The findings observed that more than half (55%) of the respondents received certain economic benefits such as getting vegetables at lower cost and financial savings.

The findings showed that most respondents stated lack of knowledge about growing veggies was challenging followed by non- availability of seeds and plants, less space and pests, torrential rains, heat. Also, financial challenges to procure required materials to grow veggies were also found to be one of the challenges.

There have been reports that due to COVID-19 pandemic and consequent lockdowns, people took to urban farming. The effort also is seen as means to relieve mental stress and sometimes even address localised food shortages.

The above study also stated that urban farming has gained a new significance due to the present trend of rapid urbanization around the world. In India, the share of urban population was only 30% in 2010, a report by UNDP estimates that this will increase to 40% in 2030 and over 50% by 2045. However, areas under cultivation increase by just a miniscule 2% yearly in comparison to the urban growth.

“Further, with rapid urbanization, the agricultural fields are not only reducing but also going far away from cities, i.e. the end consumers. For daily requirement of fresh vegetables, vegetables travel 30 to 100 Kilometre (KM) before they reach the hands of ultimate consumers,” it said, adding: “This involves a lot of cost and exploitation of natural resources for transportation.”

A survey was also conducted at the Indian Institute for Human Settlements as part of a project to understand how urban agriculture is being practiced in Indian cities and its implications for sustainability and human well-being.

It noted a rise in young entrepreneurs giving up their lucrative careers and venturing into different types of urban agriculture, like hydroponics and aquaponics, honing their technological skills and passion for growing.

However, the enthusiasm among ‘green thumb’ urbanites was identified even before the pandemic struck. It was documented in ‘Urban Farming - Emerging Trends and Scope’ by authors Maneesha SR, Sreekanth GB, Susitha Rajkumar and Eaknath Chakurkar in November 2019.

It said: “Urban agriculture practices are gaining momentum due to the increased need and awareness among the consumers. The dimensions of urban farming range from micro level in households to high tech commercial farms in peri-urban areas. Horticulture crops, birds and small animals, fishes, mushrooms and honeybees can be a component of urban farming. Plants can be grown in micro farming, soil less culture or protected cultivation. The success of the urban farming depends on the organic production strategies and proper management approaches.”