India Among Nations With FAO In Action Against Fall Armyworm

D-G FAO commended the steps taken; with eight 'demonstration' countries having been chosen as hubs for the Global Action for Fall Armyworm (FAW) Control 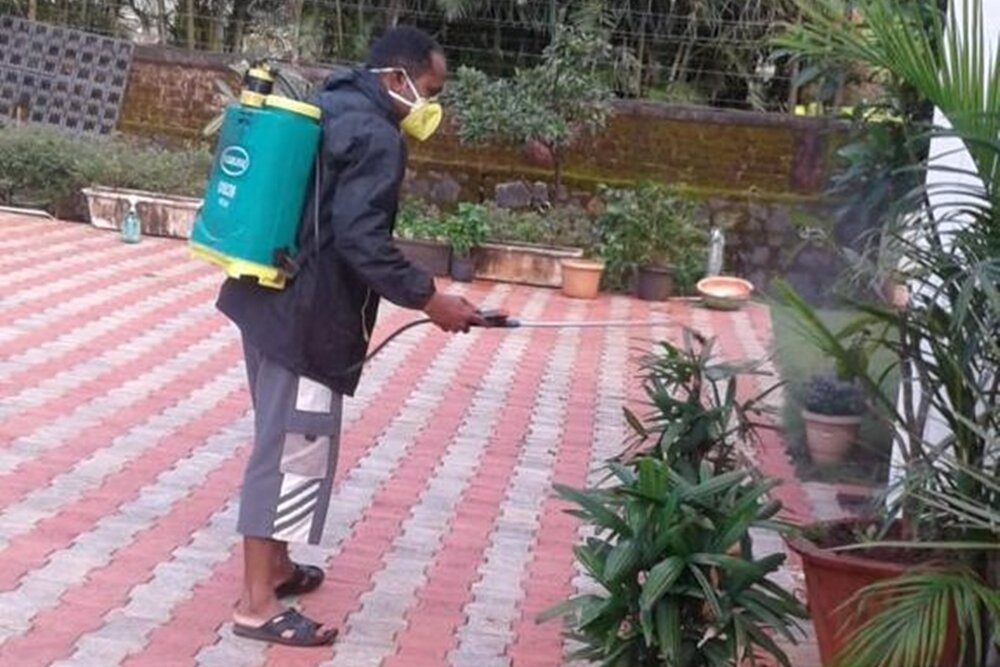 Fall armyworm – known in Latin as frugiperda, or “lost fruit,” for its crop-wrecking potential – has dramatically spread eastwards from the Americas in the last five years. Having established itself in most of Africa, as well as large swaths of Asia, it has lately been reported in Australia and parts of Oceania. More than 70 countries are now affected; there are fears that the Mediterranean fringes of Europe could be next.

Addressing the concern, Director-General of the Food and Agriculture Organization (FAO) of the United Nations, QU Dongyu, commended the steps taken to date: eight “demonstration” countries have been chosen as hubs for the Global Action.

Qu was speaking at the virtual meeting of the Steering Committee of the Global Action for Fall Armyworm (FAW) Control held on Friday, April 16, attended by over 40 participants including FAO Members, international experts and key research partners.

The “demonstration” countries were chosen with one for each geographical zone where the threat is most acute – China, India and the Philippines in Asia; and in Africa – Egypt, Burkina Faso, Cameroon, Kenya and Malawi. All have set up National FAW Task Forces, and are developing detailed work plans for monitoring, technology evaluation and capacity building. The demonstration countries have also served as links to “scale-up” countries from their region, with some 50 more attending coordination meetings to date.

The Director-General of FAO hailed progress in the fight against one of the most destructive pests jeopardizing food security across vast regions of the globe – while urging renewed drive and scaling up of efforts.

Thriving in warmer climates, FAW primarily feeds on maize crops – but also on wheat, sorghum, millet, sugarcane, vegetables and cotton. The pest's voracious appetite means that in many parts of the world, food, fuel and fibre are at severe risk. FAO estimates that FAW has contributed to worsening food security for 26 million people. While the bug cannot be eradicated, managing it is vital and possible through a coordinate approach.

FAO'S Technical Cooperation Programme has been a “catalytic force to support a number of these efforts,” Qu told participants. The integrated pest management packages are based on the Organization's guidelines. He added that “it is thanks to the excellent network among key stakeholders in the different countries that we have achieved these results together.”

Aside from the institutional level, FAO has been working to assist those whose livelihoods are most directly threatened. In 2020, despite limitations posed by the COVID-19 pandemic, nearly a million and a half African farmers were trained on scouting and monitoring the appearance and spread of FAW. They also learned about using bio-pesticides and pesticides, as well as nature-based solutions for FAW management.

Overall, thousands of experts and technicians also received training from FAO last year in Africa and Asia – including on mass rearing of natural enemies of FAW, such as particular types of wasps. (Separately, China has included FAW monitoring and control in its own training programmes for nearly 4 million farmer technicians.)

While lauding recent progress, the Director-General also stressed the need for more funding – adding that a Working Group on Resource Mobilization had been set up to that effect. The meeting agreed on the need to embed the fight against FAW within wider food security and nutrition strategies, in an effort to increase awareness and expand donor engagement. “There is still a lot of work ahead of us,” the FAO Director-General concluded, as he called for stronger, timely national and regional monitoring; early warning capacities; effective technology transfer; and stepped-up capacity development.