'How can I take a vacation when other farmers are agitating for their rights under the open sky?' says the 28-year-old Balvinder Singh at farmers protest, From bank to Ghaziabad border

The ongoing farmers’ protest at Delhi border against the three contentious farm laws has changed priorities for many youths; especially those associated with agriculture.

Where would a 28-year-old, working with one of the country’s top private banks go for a holiday?

Go on a vacation with friends? Chill out at home?

Balvinder Singh did neither. He drove about 280 km from Sitarganj, Udham Singh Nagar district of Uttarakhand and reached Delhi-Uttar Pradesh border at Ghazipur at 2 am on December 26. 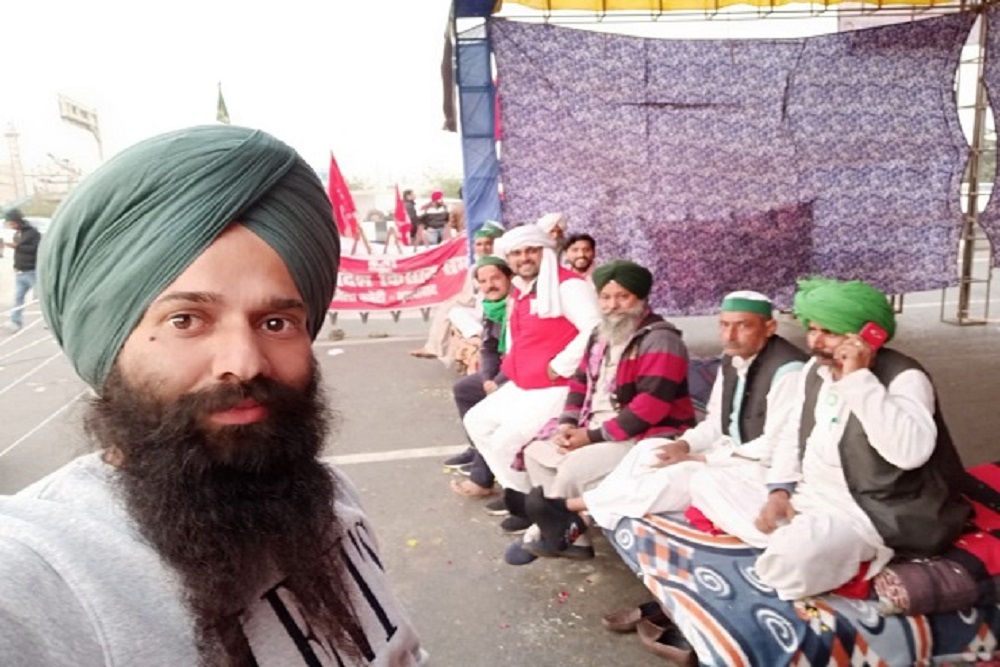 Because he wanted to join the agitation. He believed the laws would not help farmers.

“My father is a farmer. I am witness to the problems my family faces. Thus, I wanted to join the protests to make the government see reason,” said the youth.

When asked if he did not want to go for a vacation like others, he answered, “How can I take a vacation when other farmers are agitating for their rights under the open sky?”

He said he has the support of his parents and brother in this endeavour.

He had to take a break to return home and get married. The wedding day is January 24.

Meanwhile, for over a week, he spent his time with the farmers braving cold and rains in the open. His goal was to “do something in solidarity” with the protestors and raise concerns before authorities through the demonstration.

“I want a complete repeal of the laws and revision of the MSP (minimum support price),” Balvinder Singh told Agriculture Outlook.

At the protest site, he worked as a volunteer -- guiding visitors to designated parts and managing the crowd as it swelled.

“I’ll be back after my wedding. I still have left and that will be spent with the farmers at Delhi’s borders,” he promised.

“The government claims that Mandis (Agricultural Produce Market Committee) will continue but these are already on the verge of closure,” stated Balvinder Singh.

“We lost 15-20 per cent per quintal while selling pulses. The total loss amounted to over Rs.30,000. And we are still waiting for the payment,” he lamented.

According to Balvinder Singh, they are unable to sell paddy in the Mandis.

“We have to organise ourselves to force authorities to take action,” he said.