A Stay On Agri Laws Is No Big Deal, Say Farmers’ Unions 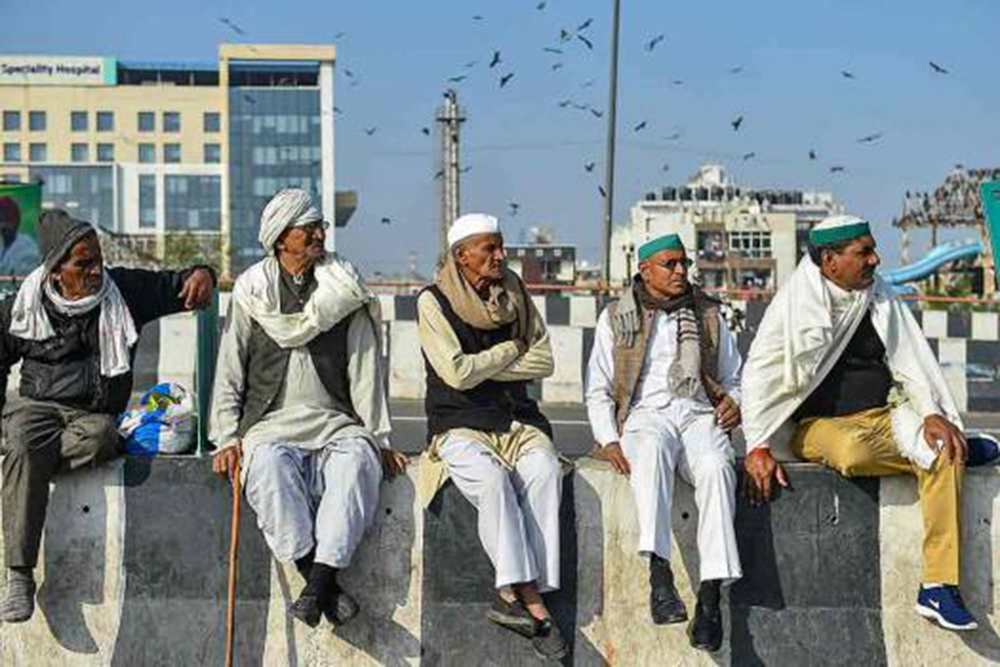 Farmers during their ongoing agitation against new farm laws, at Ghazipur border, in New Delhi.

A stay on the implementation of farm laws by the government of the Supreme Court is not enough as it will be only for a limited period, farmer leaders on Monday said.

They said though this was their “personal opinion”, a stay would even harden their resolve to continue with their agitation.

Bhog Singh Mansa, president of Indian Farmers Union (Mansa), said a stay on the laws is "no big deal".

"A stay is not a solution. We are here to get these laws scrapped completely... the government has in a way already agreed to scrap the laws when it said it is willing to incorporate as many amendments as farmers want," he said.

"We appeal to the Supreme Court to terminate these laws as these are not valid constitutionally," Mansa said, adding the protest will continue till the "the laws are not repealed or the BJP government completes its tenure".

"We welcome the Supreme Court’s observation, but ending the protest is not an option. Any stay is only for a fixed period of time... till the issue is taken up by the court again," Haryana Bharatiya Kisan Union President Gurnam Singh Chaduni said.

He was reacting after the Supreme Court indicated that it may stay the implementation of the contentious farm laws and refused to grant more time to the Centre to explore the possibility of an amicable solution saying it has already granted the government a “long rope”.

The farmers want the laws to be repealed completely. The protest will continue even if the government or the Supreme Court stays their implementation, Chaduni said.

Punjab Kisan Union president Ruldu Singh Mansa echoed similar sentiments, saying the agitation started with the demand of scrapping the agri laws and "it will end only when we win this fight".

Darshan Pal, president of Krantikari Kisan Union, said the farmer leaders are consulting their lawyers and a formal response will be given after the Supreme Court pronounces its verdict.

Pulling up the Centre for its handling of the farmers' protest, the apex court on Monday said it is “extremely disappointed” with the way negotiations between them were going and will constitute a committee headed by a former Chief Justice of India to resolve the impasse.

“We are not experts on economy. You tell us whether the government is going to put on hold farm laws or we will do this,” the bench said.

“We are sorry to say that the Centre has not been able to solve the problem and the farmers' agitation,” it said.

The eighth round of talks between the Centre and the farmer unions on January 7 headed nowhere as the Centre ruled out repealing the contentious laws while the farmer leaders said they are ready to fight till death and their "ghar waapsi will happen only after law waapsi".

The apex court had earlier sought the Centre's response on a batch of pleas against the three contentious farm laws -- the Farmers' (Empowerment and Protection) Agreement on Price Assurance and Farm Services Act, the Farmers' Produce Trade and Commerce (Promotion and Facilitation) Act, and the Essential Commodities (Amendment) Act.