Talks between farmers and Centre deadlocked over minimum support price of crops. 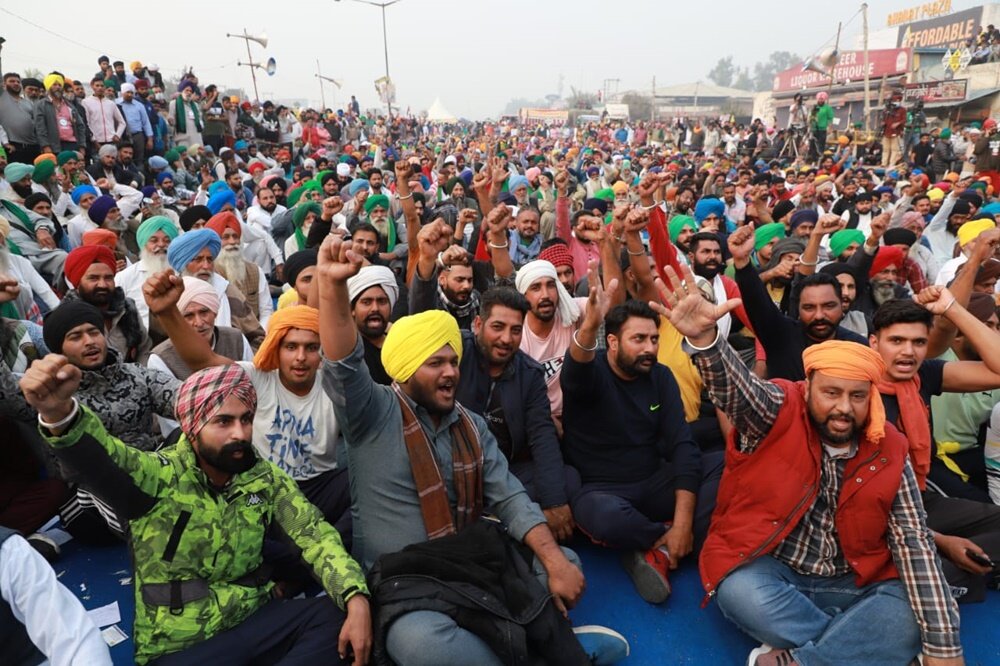 Farmers during their protest against the Centre's new farm laws, at Singhu border in New Delhi on December 5, 2020.

Farmers in larger numbers gathered on the outskirts of Delhi at Singhu border on Friday to firm up plans to intensify the agitation for repealing the three new agriculture laws and demand for making minimum support price (MSP) mandatory, calling the talks held so far with the government as meaningless.

With sowing of new crops nearing completion in many states, farmers from states like Maharashtra, Rajasthan, Madhya Pradesh and Uttar Pradesh have started arriving at Delhi border posts while farmer leaders from Tamil Nadu, Andhra Pradesh, Kerala and Bengal joined the talks held on Thursday to firm up plans for a Bharat Bandh on December 8 indicating that they are not hopeful of any positive outcome from the third round of talks with government leaders being held on Saturday (December 5).

“The government has been holding talks with no agenda, while we are not willing to compromise on our demand for repealing the three new agriculture laws. No amendment or cosmetic changes being suggested by the government is acceptable to us,” said Hannan Mollah, general secretary of All India Kisan Sabha, which has around 2crore members spread across 23 states.

Farm leaders state that minor changes in the Agriculture Produce Marketing Committee (APMC) law is not enough to protect farmers interests, so “no compromise on the demand for making MSP mandatory is acceptable,” said Pushpendra Singh, president of Kisan Shakti Sangh.

Cutting across political lines, agitating farmer groups numbering over 500, see the new agriculture laws as being pro-corporate sector and not a means to help them gain better incomes. The farmer leaders said despite a promise to double farm incomes, the government policies have not moved in that direction. The Working Group of All India Kisan Sangharsh Coordination Committee, an umbrella of over 250 farmer groups, has stated that there is no space absolutely for any discussion on MSP as farmers interest can be safeguarded only when MSP is given at the Swaminathan formula of 1.5 times the cost of all inputs (C2), it is declared for all crops and there is guaranteed environment of purchase of crops from all farmers.

The government, in turn, is reluctant to enforce MSP as a yardstick of a fair price as then the burden of buying all unsold stocks or produce selling below the government indicated price would have to be bought by it, which would not be a viable option. This step would be contrary to the government's intention to open up the market for greater private sector participation and investment while providing farmers with greater options to sell outside the mandis in their vicinity.

The experience of farmers this year after the passage of the new laws indicates that fear of market forces working against their interests is not without basis if the plight of maize growers is any indication. Already farmers in many states apart from Punjab and Haryana, from where the government does most of the procurement for the buffer stocks, have held protests at the local level, making it known that the issues are not local but national.