Haryana Police's barricades at the border with Punjab and along the highway to Delhi lifted. 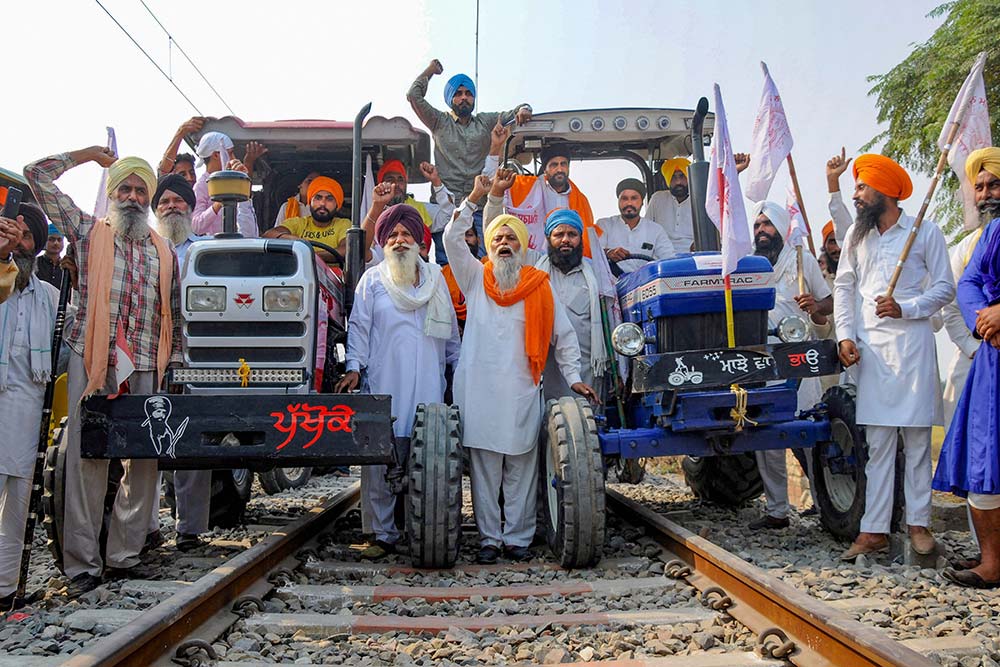 Punjab farmers resumed their 'Delhi Chalo' march against the Centre's new farm laws on Saturday morning after halting for the night to join thousands who have already reached the national capital's borders.

By Friday evening, all Haryana Police barricades at the border with Punjab and along the highway to Delhi had been lifted. Hundreds entered the national capital to hold a peaceful protest at a north Delhi ground after facing teargas and water cannons and clashing with security personnel, while thousands remained at border points, undecided whether to go to the demonstration site identified by police.

"We have again started heading towards Delhi in the morning after a night halt at Meham in Rohtak district of Haryana," Bharatiya Kisan Union (Ekta-Ugrahan) leader Shingara Singh said on Saturday.

Another group of farmers made a night halt at Julana in Haryana's Jind district, he said, adding, "They have also resumed their journey towards Delhi."

Farmers with the outfit had on Friday broken through police barricades at Khanauri and Dabwali border points between Punjab and Haryana.

More farmers under the banner of the Kisan Mazdoor Sangharsh Committee (KMSC) will enter Haryana on Saturday for their march towards the national capital.

"Our group of farmers on tractor-trolleys will soon enter Haryana through the Shambhu interstate border," said KMSC general secretary Sarwan Singh Pandher. They had begun their march from Amritsar on Friday.

Pandher lashed out at the Centre for bringing the "black laws" against the farming community.

Punjab farmers in large numbers had on Friday crossed the state's border with Haryana. Some even faced water cannons and teargas.

Farmers protesting against the Centre's three farm laws have expressed apprehension that the laws would pave a way for the dismantling of the minimum support price system, leaving them at the "mercy" of big corporates.

The Centre has invited several Punjab farmer organisations for another round of talks in Delhi on December 3.