Farmers’ Tractor March: SC Says It Is Up To Delhi Police To Decide On Issue, Next Hearing On Wednesday

Protesting farmers have said that they will partake in a tractor march on January 26 to protest the Centre's new agriculture laws. 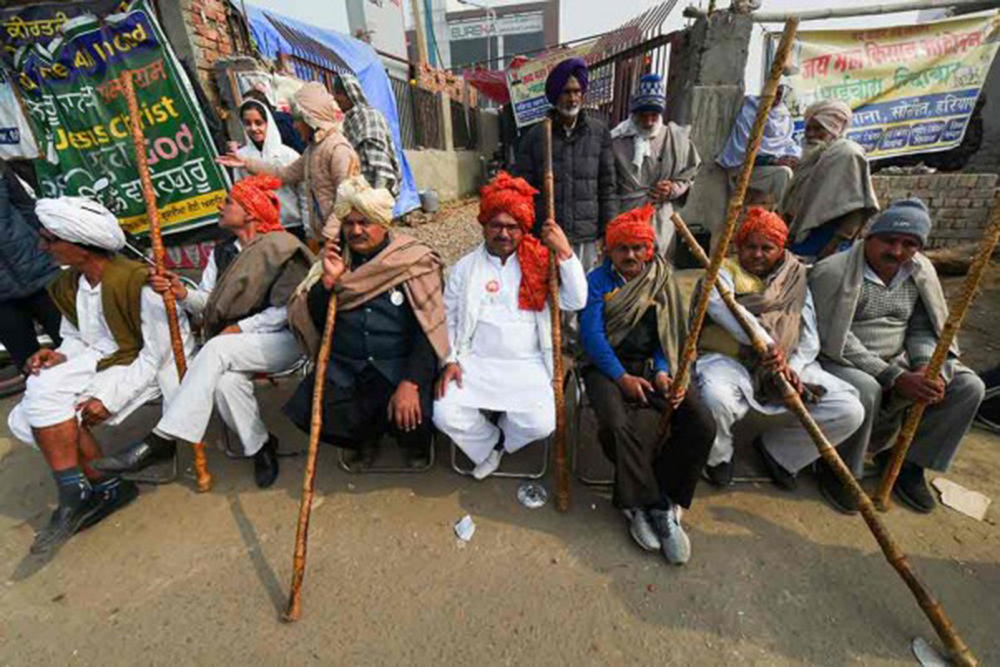 Farmers from Haryana during their ongoing agitation over the new farm laws, at Singhu border in New Delhi.

The Supreme Court Monday heard a plea filed the Centre seeking an injunction against the proposed kisaan march, that is scheduled to be held on January 26, with protesting farmers saying they will carry out a tractor parade in Delhi on Republic Day.

During the hearing the apex court noted that since the issue is a matter of law and order, the Delhi Police is the first authority to decide who should be allowed to enter the national capital.

Earlier, Swaraj India President and Jai Kisan member Yogendra Yadav announced that the protesting farm unions will carry out a tractor parade on the Outer Ring Road in the national capital on January 26.

"We will carry out a tractor parade on the Outer Ring Road in Delhi on Republic Day. The parade will be very peaceful. There will be no disruption of the Republic Day parade. The farmers will put up the national flag on their tractors,” Yogendra Yadav said while addressing a press conference at the Singhu border protest site on Sunday.

A bench headed by Chief Justice S A Bobde, while hearing the Centre’s application said that police has all the authority to deal with the matter. “Does the Supreme Court have to say what are the powers of police and how they will exercise them? We are not going to tell you what to do,” said the bench, also comprising Justices L N Rao and Vineet Saran.

The apex court told Attorney General K K Venugopal that it will take up the matter for further hearing on January 20.

“The question of entering into Delhi is a law and order matter and will be determined by the police,” the bench said, adding, “Mr Attorney General, we are adjourning the matter and you have all the authority to deal with this matter.”

The Centre, in an application filed through Delhi Police, has said that any proposed march or protest which seeks to disrupt and disturb the Republic Day celebrations will cause an “embarrassment to the nation”.