Hunger Strike By Farmer Leaders Today, They Say 10,000 More Will Join The Protest

The hunger strike will be observed from between 8 am to 5 pm and it is part of the farmers' plan to intensify their agitation from December 14. 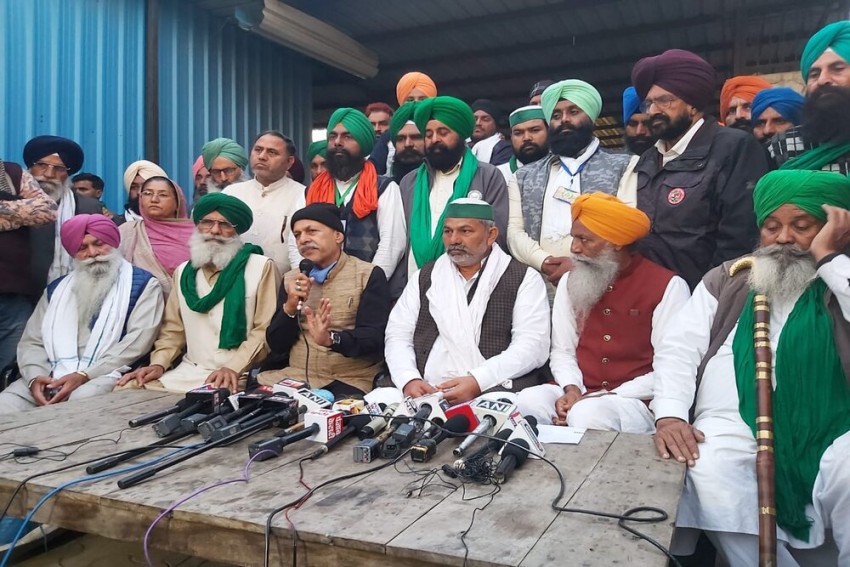 Farmer leaders on Monday started their day-long hunger strike against the Centre's new farm laws and said protests will be held at all district headquarters later in the day, even as more people are expected to join ongoing agitation at Delhi border points.

A large group of farmers on Sunday blocked the key Delhi-Jaipur national highway when it was stopped by police on Haryana-Rajasthan border.

As part of the nationwide protest, dharnas will be staged at all district headquarters across the country on Monday.

In view of a nationwide protest, the Delhi Police has enhanced security at city border points.

Here’s all you need to know:

- The protests will be held in all district headquarters to press their demand for the repeal of the new farm laws, as more protesters headed for Delhi with a large group blocking the key Delhi-Jaipur national highway when it was stopped by police on Haryana-Rajasthan border.

- Delhi Chief Minister Arvind Kejriwal said he too will observe a day-long fast on Monday and appealed to the central government “to shun ego and scrap the legislation”.

- Even as more farmers from Punjab and other states arrived near the Singhu and Tikri borders to join the sit-in which has been continuing for 18 days, Union Minister Kailash Choudhary said the government will soon decide a date for the next meeting and expressed confidence that the issues will be resolved this time.

- Addressing a press conference at the Singhu border, farmer leader Gurnam Singh Chaduni said the leaders will observe the hunger strike at their respective places between 8 AM to 5 PM on Monday. “Also dharnas will be staged at all district headquarters across the country. The protest will go on as usual," he said.

- A group of protesting farmers vacated carriageways on the Noida-Delhi Link Road via Chilla following a late-night meeting with Union ministers Rajnath Singh and Narendra Tomar, but Chaduni alleged that they were hand-in-glove with the government.

- While the farmers have warned of intensifying the stir in coming days amid a deadlock in talks, several Union Ministers have repeatedly alleged that the farmers’ protests have been hijacked by Maoists, Leftists and anti-national elements, a charge denied by the union leaders spearheading the agitation.

- Union Minister Ravi Shankar Prasad said that stern action will be taken against "Tukde Tukde Gang", a term used by the BJP to target political rivals whom it accuses of being anti-national, who are trying to take advantage of farmer’s movement against the new farm laws.

- The government has been mulling ways to reach out to the farmers more effectively and on Sunday Union Agriculture Minister Narendra Singh Tomar and Union Minister Som Parkash, accompanied by BJP leaders from Punjab, met Home Minister Amit Shah.

- Several international sportspersons from Punjab had also extended their support to the farmers' agitation.