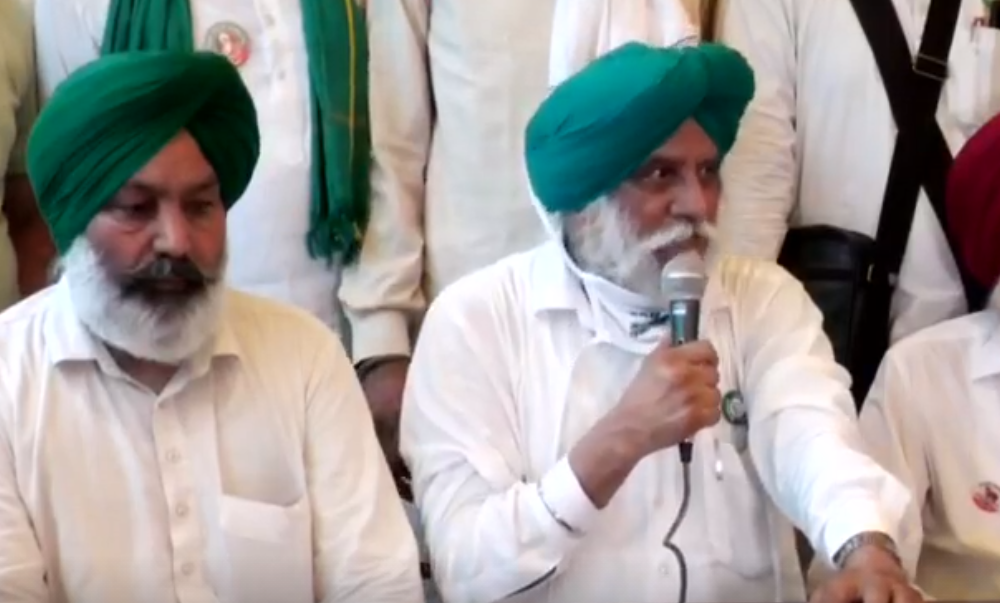 Farmer leaders protesting at Delhi borders seeking a repeal of the new agriculture laws called for defying the lockdown declared by many state governments to control spread of COVID-19 infection. They called upon people to open shops on Saturday, May 8.

“Lockdown is being implemented to weaken the farmers’ movement. It’s not a remedy. It’s affecting business. The government should rather formulate a strong policy,” said farmer leader Baldev Singh Nihalgarh addressing media at protest site.

The National Capital is going through its third successive week of lockdown following the recent surge in Coronavirus cases this year.

Though not declaring a ‘lockdown’, Punjab shut down all the shops in the state till May 15. However, shops selling essential items will remain open. There are no curbs on nursing homes and laboratories.

Haryana government has imposed a week-long lockdown till 10 May (5 am). Meanwhile, Uttar Pradesh government has decided to extend the partial 'corona curfew' till 7 AM on May 10.

Most of the protestors are from Punjab, Haryana, and Uttar Pradesh.

According to Balbir Singh Rajewal, president of the Bharatiya Kisan Union (BKU), the states were trying to stop farmers from reaching the sit-in protest sites at Delhi’s borders.

“We call upon all farmers to send at least one family-member to the protest sites beginning May 10,” he said.

“They are just trying to cover up their own faults,” he added.

Several leaders of Samyukt Kisan Morcha (SKM), which is spearheading the anti- farm law protests in Delhi, claimed that the government has ignored their requests for setting up vaccine centres at the protest sites.

They said that though they have arranged hand sanitisers and face masks for the protestors and visitors, authorities should have made elaborate provisions for maintaining health and hygiene.