The report Micro Irrigation System Market is valued at USD3.54 bn in 2017 and expected to reach USD19.01 bn by 2027 with a CAGR of 18.3% over the forecast period was published by Brandessence Market Research 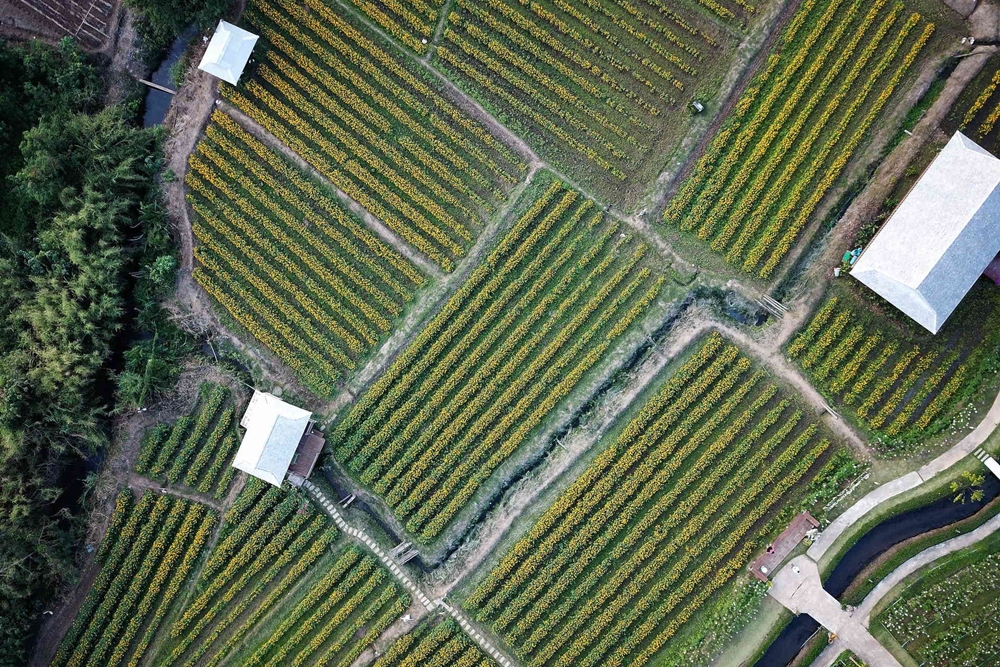 It details the micro irrigation system market, and analyses the size, trends, competition, history, and the future.

The study “Micro Irrigation System Market is valued at USD 3.54 Billion in 2017 and expected to reach USD 19.01 Billion by 2027 with a CAGR of 18.3% over the forecast period”, was published by Brandessence Market Research this month (April 2021).

Irrigated agriculture is, on average, at least twice as productive per unit of land as rainfed agriculture, thereby allowing for more production intensification and crop diversification, added World Bank. 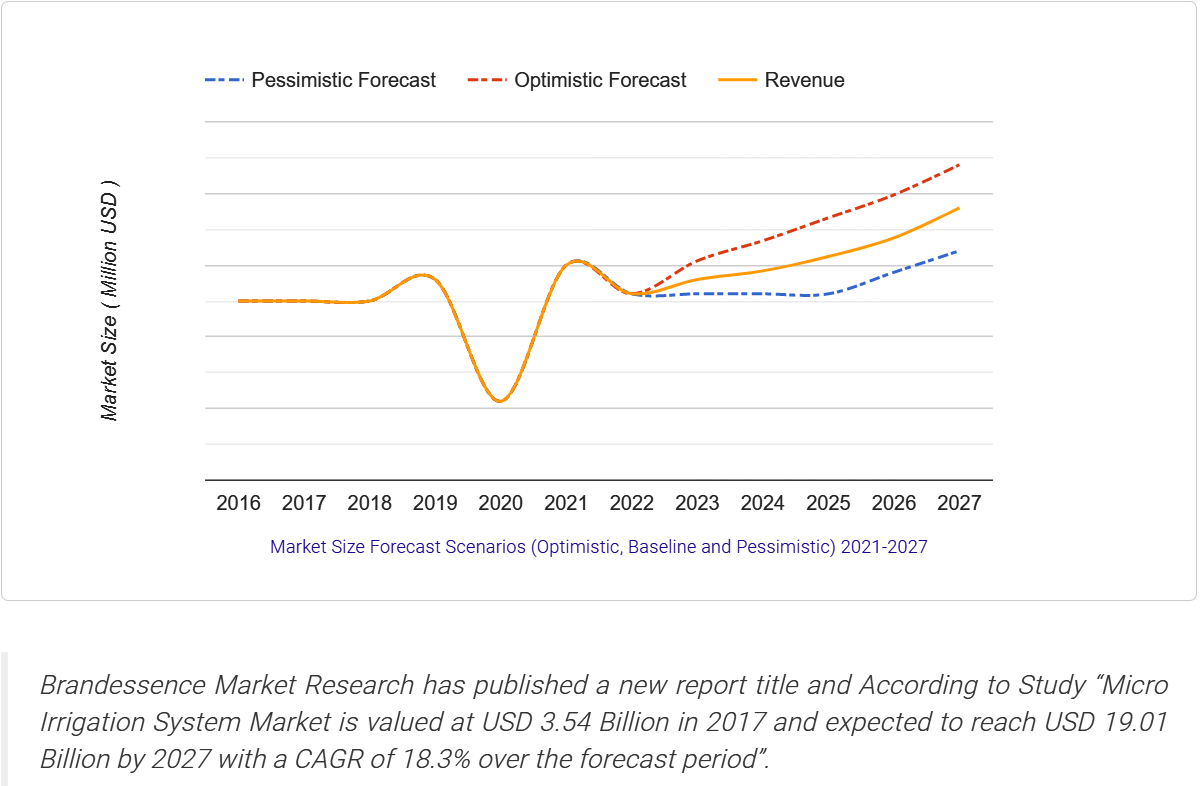 Micro irrigation is known to be low-volume or low-flow irrigation or trickle irrigation. It is an efficient technique that requires low flow and volume of water than traditional irrigation systems.

The advanced irrigation system is beneficial in areas with slow absorption rate of soils like clay which reduces the runoff and increase the moisture holding capacity in dry land soils.

These systems are widely applicable in areas with vineyards, orchards, row crops, nurseries, and others. This technique has been successfully adopted globally due to fast method, high yield, and low labour.

During the COVID-19 pandemic, Irrigation Industry has faced challenges, yet continued to function. But irrigation industries are facing financial crises due to high maintenance cost, additional costs with lower revenues, which is also dependent on season-based irrigation activities followed by some countries. 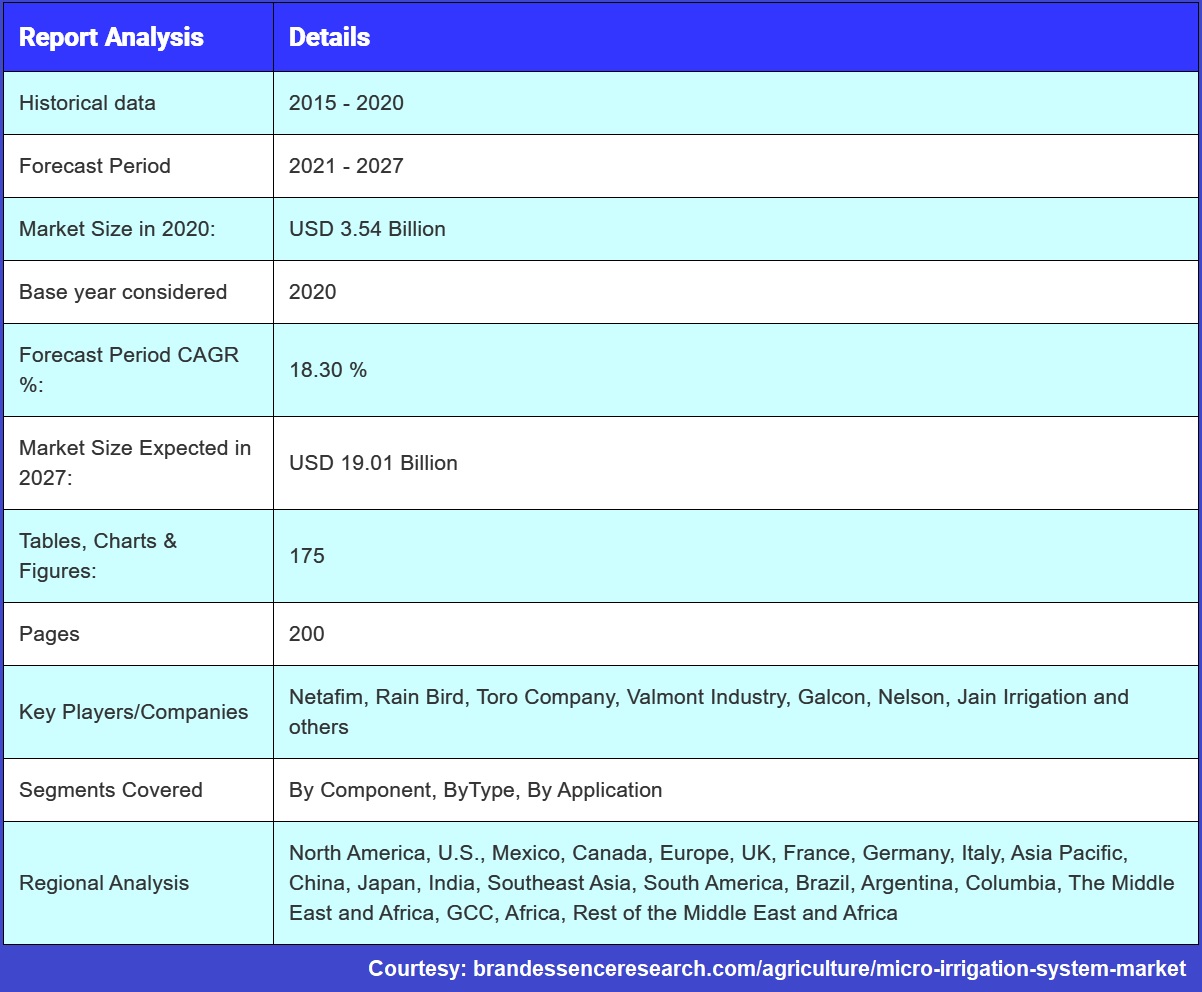 The Asia-Pacific is expected to dominate the global micro irrigation system market within the forecast period attributed to the presence of largest irrigated land in this region.

China tops the list of largest irrigated land followed by India, according to the Brandessence report, where Jain Irrigation is the second largest micro-irrigation company. The Middle East, it adds, is also expected to grow due to the presence of world’s largest micro irrigation company in Israel i.e. Netafim.

Other African and South American countries are a potential place in future for Micro Irrigation Systems.