The MSP is a very delicate instrument. On one hand, it is known that it enables farmers to take production decisions in advance. It also allows the government to keep the prices under check. 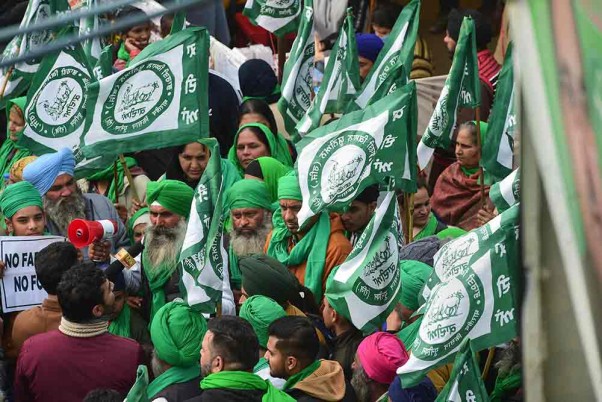 The ongoing farmers’ protests in opposition to the Centre’s three farm laws have brought back to limelight the debate around the Minimum Support Price (MSP). While noble in its intentions, the MSP system has not been able to change farmers’ fortunes as much as it was thought to be. It is difficult to say if farmers are reaping the benefits of assured remunerative prices when studies reveal that 76 per cent of farmers would prefer to move away from farming given a choice.

The MSP is a very delicate instrument. On one hand, it is known that it enables farmers to take production decisions in advance. It also allows the government to keep the prices under check and ultimately work towards achieving food security of the country. On the other hand, there are instances where ineffective utilization of MSP has led to undesirable consequences. Extension of rice cultivation in semi-arid regions of Punjab and Haryana has led to overexploitation of groundwater resources, whereas cyclical cultivation of rice and wheat, partly in place of pulses and oilseeds, is hampering our nutritional security.

While the MSP system has its share of merits, its operationalisation has remained problematic. Merely announcing an increase in the MSP of crops or including more crops under the ambit of the MSP system will not be able to help farmers. There are several associated issues that need to be addressed simultaneously for the MSP system to work effectively.

The MSP system can be considered effective only if the producers are able to reap its benefits. In order for this to happen, firstly, the producers must be aware of the MSP well in advance, and secondly, a robust network of procurement agencies should be available for them to sell their produce at the MSP. Unfortunately, even after 40 years of its implementation, less than 25 per cent of farmers are aware of the MSP of the crops they grow, as indicated by a study conducted by Aditya et al. in 2017. Awareness also varies within states and for crops.

Further, National Sample Survey Office (NSSO) 70th round of data in fact suggested that less than 6 per cent of total farmers in the country were able to sell their wheat and rice crops at the MSP to the procurement agencies. Thus, not only is the awareness regarding the MSP low among producers, the awareness among producers about the agencies that procures the produce at MSP is also lacking.

Adding to the misery is the widespread statewide disparity in procurement. While states such as Punjab and Haryana enjoy high levels of procurement through the Food Corporation of India (FCI), states such as Bihar and the northeastern states have poor access to government procurement. Moreover, while there are 22 agricultural crops for which government fixes the MSP, procurement is effective only for wheat and rice under food crops. Thus, even if the MSPs are declared, lack of awareness and skewed procurement by the government agencies, will not allow the benefits of MSP to trickle down to the producers.

In order to improve awareness around the MSP system, public and private extension machinery, including the agricultural institutes, KrishiVigyan Kendra (KVKs), and grassroots NGOs have a crucial role to play. Awareness regarding MSP has also been found to be higher in areas where the system of procurement is high suggesting that awareness and procurement go hand in hand; and one needs to be improved to improve the other. Too much focus on procurement of 2-3 major crops, probably at the cost of other crops, has led to their surplus stock. Taking lessons from the ongoing farmer agitations, restricting procurement may not be the best alternative. There is a need to diversify procurement by using the MSP instrument more intelligently. Further, ensuring that storage infrastructure for procurement is available for all crops and farmers receive timely payment with respect to their procured produce, will go a long way in improving the state of farmers through the MSP system.

As an instrument that directly dictates farmers’ income, MSP system needs to be seen from a holistic outlook. A large, already distressed community relies on this system to bounce back from market shocks. A larger discussion around effectively operationalising the MSP system and addressing the allied issues is definitely due.

(The author is senior manager, research, at Sambodhi Research & Communications, a multidisciplinary research organisation offering data-driven insights to national and global social development organizations. Views expressed are personal and do not necessarily reflect those of Outlook Magazine.)