Addressing farmers from six states, PM Narendra Modi said some parties are opposing new farm laws to pursue their political agenda and spreading lies that land will be taken away if farmers enter into contract farming. 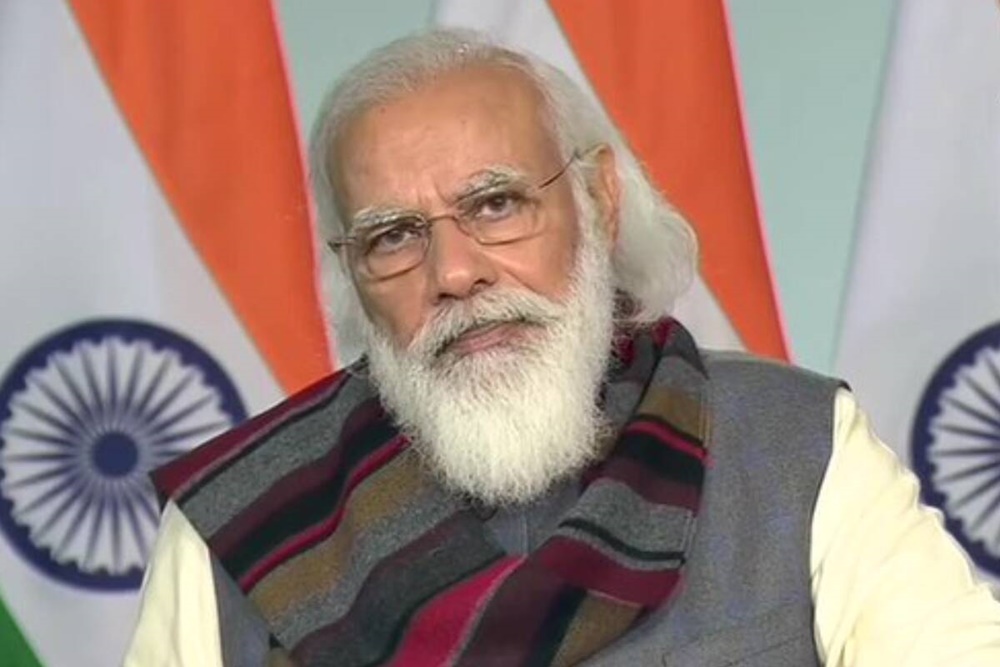 Prime Minister Narendra Modi on Friday squarely blamed those with political agenda for the deadlock in the government's talks with protesting farmers and said genuine apprehensions about MSP guarantee have got overshadowed by unrelated issues such as the release of those accused of violence and making highways toll-free.

While putting up a strong defence of the three new farm laws, Modi said the Centre is willing to resume the dialogue on all farmers-related issues, even with those staunchly opposed to his government as long as the talks are based on issues, facts and logic.

He asserted that an overwhelming number of farmers across the country have welcomed the new laws and are already reaping the benefits, and listed out the BJP's victory in panchayat elections across states, in which farmers were the main voters and including in areas surrounding protest sites.

He said the parties rejected by the electorate are pushing their own political agenda by misleading farmers.

Referring to the protests, Modi said farmers had some genuine apprehensions about new laws including on MSP guarantee when the agitation started, but soon people with political affiliations came in between and started firing from peasants' shoulders to push their own and unrelated demands.

"You would have seen that when the agitation started their demand was about MSP guarantee. They had genuine issues because they were farmers. But then those with political ideology took over," Modi said.

"MSP, etcetera were pushed aside and now what is happening. They are demanding release from jail of those accused of violence... They want highways toll-free. Why have they shifted from farmer's issues to new demands," he said.

"Despite that, farmers across the country have wholehearted welcome agriculture reforms I assure you that I will not let you down," Modi said.

Modi alleged that the farmers' protest is also being used now for opposing many existing policies.

Though the prime minister did not name any particular group, he made several references that appeared aimed at Left-affiliated outfits and other opposition parties.

He said those with political agenda are not letting farmers engage in dialogue with the government to address their concerns. He hit out at various opposition parties for misleading farmers.

Thousands of farmers, mainly from Punjab, Haryana and parts of Uttar Pradesh, are camping on various Delhi borders for almost a month to protest against the three farm laws.

At least five rounds of formal talks have failed to break the deadlock with the farmer groups refusing to accept anything less than the complete repeal of the laws.

While the government has projected these laws as major reforms aimed at benefitting farmers, protesting unions have been saying that these legislations would leave them at the mercy of corporates by weakening the MSP and mandi systems.

The government has maintained that such apprehensions were unfounded as the MSP and mandi systems are not just continuing but also expanded and strengthened further.

His address followed the release of over Rs 18,000 crore to more than nine crore farmer families under the 'Pradhan Mantri Kisan Samman Nidhi' (PM-KISAN).

With the push of a button, Modi enabled the transfer of money at an event which the ruling BJP has made into a mega exercise to reach out to farmers by having its leaders interact with the farming community at more than 19,000 venues across the country and also listen to the prime minister's address.

Modi released the installment of Rs 2,000 to every farmer on the birth anniversary of the former prime minister and BJP stalwart Atal Bihari Vajpayee, which is every year celebrated as "Good Governance Day" by the ruling party.

Under the PM-KISAN scheme, a financial benefit of Rs 6,000 per year is provided to small and marginal farmers, payable in three equal installments of Rs 2,000 each. The fund is transferred directly to the bank accounts of the beneficiaries.