Protesting Farmers Being Treated Like Terrorists: Sena's Sanjay Raut Hits Out At BJP

Raut also urged the Centre to consider the farmers’ demands 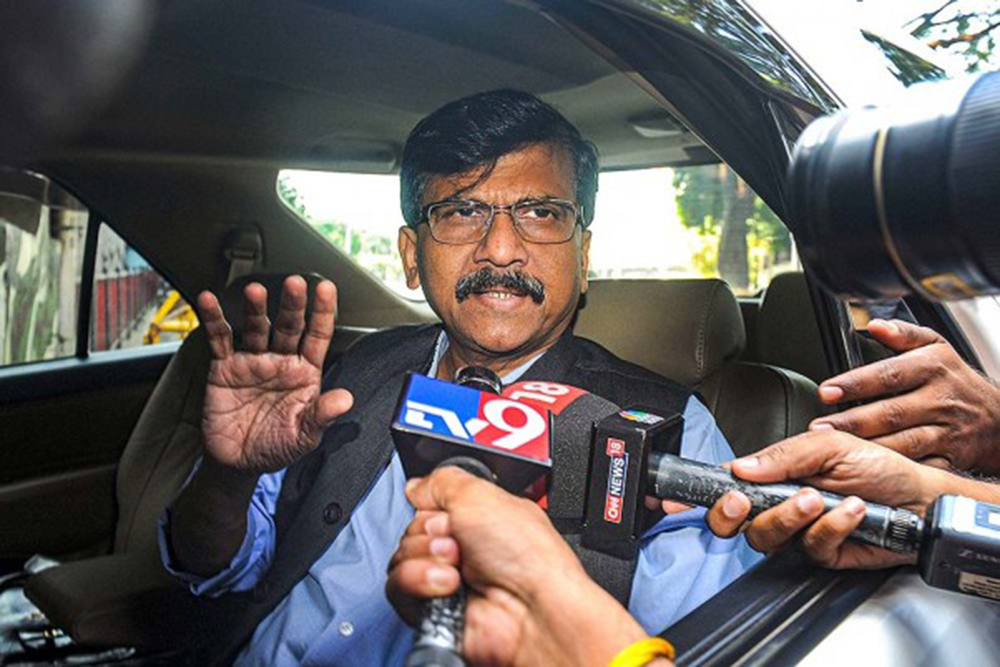 Shiv Sena MP Sanjay Raut on Sunday said farmers protesting against the Centre's new farm legislations are being treated like "terrorists" and added that that government should consider the farmers' demands.

Thousands of farmers, from Punjab, Haryana and Uttar Pradesh have gathered at the Delhi-Haryana border as part of their “Delhi Chalo” march to protest the new farm laws.

"It is sad they are not being allowed to come to Delhi and are being treated as if they are terrorists and have come from outside the country. The government should consider the demands of the farmers in a sympathetic manner," Raut said.
"Farm laws is one issue. Consider all other demands sympathetically. Different states are not doing well. It is up to the Centre to step in and help them," the Rajya Sabha MP added.

Replying to a query, Raut claimed farmers were being dubbed as "divisive" because most of them hail from Punjab. "Do you want to create instability by reminding the Punjab farmers of the Khalistan movement period?" Raut questioned the BJP.
Thousands of farmers continued their protest for the fourth consecutive day on Sunday, staying put at the Singhu and Tikri border points, with farmer leaders deliberating upon their future course of action about proposed talks with the government.

With many roads and Delhi’s various entry points being blocked, Union home minister Amit Shah had appealed to the farmers to shift to the Burari ground, and said the Centre was ready to hold discussions with them as soon as they move to the designated place.