'Put (Farm) Laws On Hold, Or We Will': Supreme Court Tells Government

There is not a single petition before the SC which says that the new farm laws are beneficial to farmers, the bench headed by Chief Justice S A Bobde noted 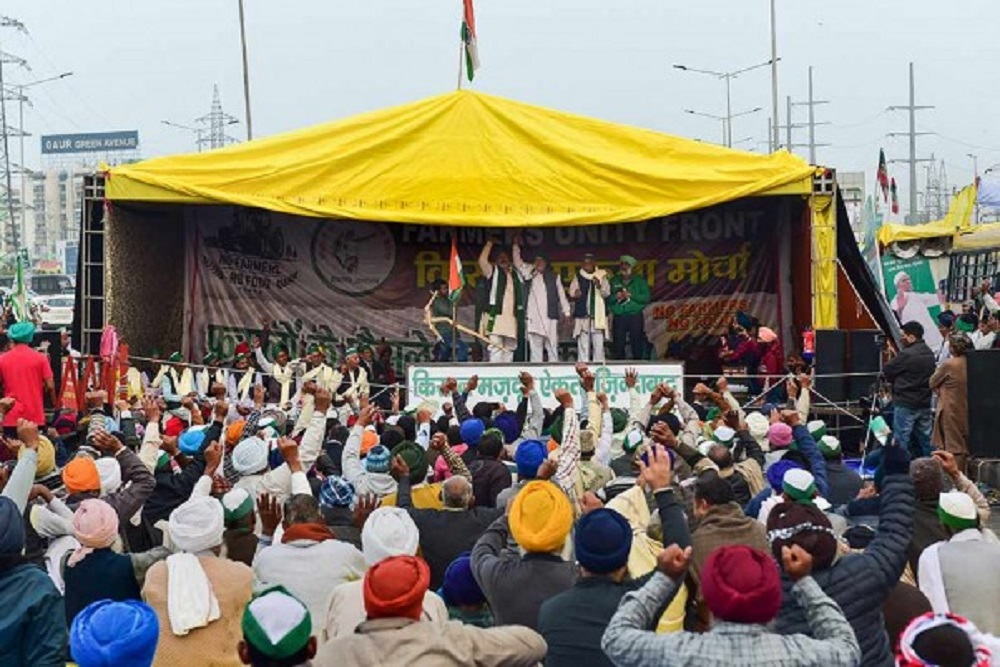 The Supreme Court on Monday expressed disapproval of the manner in which the government brought the laws without proper consultation, saying that not a single petition in court was in favour of the laws.

"We don't know whether you are part of the solution or part of the problem", the Supreme Court said to the Centre during the proceedings. A bench headed by Chief Justice S A Bobde is hearing a clutch of pleas challenging the new laws after the eighth round of negotiations between the Centre and farmer unions remained at an impasse. Justice Bobde told the government to inform SC if it is prepared to put the laws on hold or else SC will be forced to put them in abeyance.

The apex court maintains that it is in favour of setting up a committee to resolve the impasse, saying that the government needs to give a clear response on what it plans to do - "put laws on hold, or we will".

The bench also said that it won't pass any instructions against protestors, saying that "we don't want blood on our hands". The bench will pass orders on issues concerning the farmers' protest and implementation of new farm laws in separate parts.

The Supreme Court said that its intention was to see a negotiated solution, but there has been no response from the Centre on its willingness to put the farm laws on hold.

The Court noted that this is a very delicate situation, and said that it is not asking to repeal the farm laws at this moment. "What is going on? States are rebelling against your laws", it said.

We are extremely disappointed with the way negotiations are going on between the government and farmers, the top court added.

Attorney General KK Venugopal also sought the court's instruction to stop farmer's tractor rally planned for Jan 26. To this, Justice Bobde said that the bench will not decide who will enter Delhi and who won't, that's for the police to decide. Dushyant Dave, appearing for some farmer groups, says farmers are planning not to hold the rally on January 26.

The Attorney General also told the CJI that SC cannot stay a law as legislation is prerogative of the Executive, arguing that stay can only be given if a law violates fundamental rights or has been passed without legislative competence.

To this, Dave asked the AG to explain how the farm laws were passed in Rajya Sabha. Justice Bobde responded that there is a difference between SC staying a law and staying implementation of the law and that SC can do both. The apex court also told the AG it doesn't believe that the government has handled the situation properly.

The top court, which had observed that there is no improvement on the ground regarding farmers' protests, was told by the Centre on the last date of hearing that "healthy discussions" were going on between the government and the unions over all the issues and there was a good chance that both sides may come to a conclusion in the near future.

The court had then assured the government of an adjournment on January 11 provided it urges so saying that the settlement through talks was a possibility.

"We understand the situation and encourage consultation. We can adjourn the matters on Monday (January 11) if you submit the same due to the ongoing consultation process,” it had said.

After the eighth round of talks, Agriculture Minister Narendra Singh Tomar had said no decision could be reached as the farmer leaders did not present alternatives to their demand for the repeal of the laws.