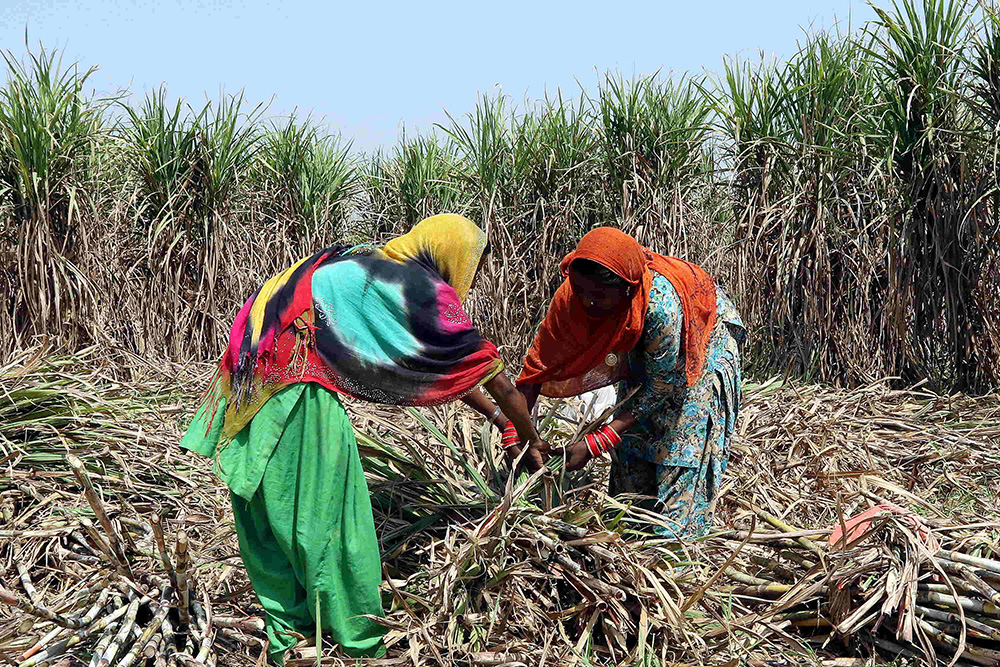 International food commodity prices rose for the 11th consecutive month in April, with sugar leading the increase and cereals resuming their upward trend, according to the Food and Agriculture Organization of the United Nations (FAO).

The FAO Food Price Index averaged 120.9 points in April, 1.7 percent higher than March and 30.8 percent higher than its level in the same month last year. The index, which tracks monthly changes in the international prices of commonly-traded food commodities, reached its highest level since May 2014, and in nominal terms is 12 percent below its all-time peak in February 2011.

The FAO Sugar Price Index increased 3.9 percent during the month to reach levels nearly 60 percent higher than in April 2020, with concerns over slow harvest progress in Brazil and frost damage in France heightening concerns over tighter global supplies.

You may also like to read: Food Insecurity Soars To 5-Year High

The FAO Cereal Price index rose 1.2 percent in April, reversing a short-lived drop in March to stand 26 percent above its April 2020 level. Maize prices rose 5.7 percent - to reach a level 66.7 percent higher than a year earlier - driven by smaller-than-anticipated planting intentions in the United States of America as well as concerns about crop conditions in Argentina, Brazil and the U.S.A. International wheat prices were generally steady, while quotations for rice, barley and sorghum softened.

The FAO Dairy Price Index increased 1.2 percent from March, with quotations for butter, cheese and skim milk powder rising due to solid import demand from Asia.

FAO also published a set of updated forecasts in the new Cereals Supply and Demand Brief on Thursday, May 6.

Global cereal production in 2020 is forecast at 2 767 million tonnes, a 2.1 percent increase from the previous year. World cereal utilization for 2020/21 is pegged at 2 783 million tonnes, an increase of 2.7 percent, led by coarse grains, with the growth mostly reflecting greater-than-earlier-anticipated feed uses in China and the U.S.A.

FAO revised down its forecast for world cereal stocks by the close of the 2021 seasons to 805 million tonnes on likely drawdowns of maize inventories in China and the USA, representing a 2.3 percent decline from their opening levels. The global cereals stock-to-use ratio is expected to stand at 28.3 percent, a seven-year low.

World trade in cereals in 2020/21 is forecast to reach 467 million tonnes, a year-on-year expansion of 5.9 percent, with growth foreseen as fastest for coarse grains, then rice and lastly wheat.

FAO also offered its first supply and demand outlook for wheat in the season ahead, 2021/22, forecasting production at 778.8 million tonnes, or 0.5 percent more than the 2020 estimate, buoyed by an anticipated 6 percent yearly increase in the European Union's output.

Wheat utilization is predicted to increase by 0.9 percent to 770 million tonnes in the new season while the preliminary forecast foresees world wheat stocks growing 3.0 percent to reach a record level of 293 million tonnes by the close of seasons in 2022, led by inventory expansion in China even as stocks in the rest of Asia and Africa could reach their lowest levels since 2012/13. Global wheat trade in 2020/21 (July/June) is forecast to contract by 1.8 percent year-on-year to 185 million tonnes, with expectations of reduced shipments from Australia, Canada, the Russian Federation and the U.S more than offsetting expanded exports from Argentina and the EU.

Early prospects for global coarse grains production in 2021 indicate a likely third consecutive year of growth, led by increased planted areas anticipated in Brazil, China, Ukraine and the U.S.A. as well as recovering yields in the EU. Sizeable production increases are also forecast in South Africa and neighbouring countries.

(This FAO news release has been reproduced without any major editing. For more, click here.)