No Parliament March But Protests To Continue, Say Farmer Leaders

Nationwide public meetings are scheduled and a fast will also be organised at all protest sites on Saturday to mark the death anniversary of Mahatma Gandhi. 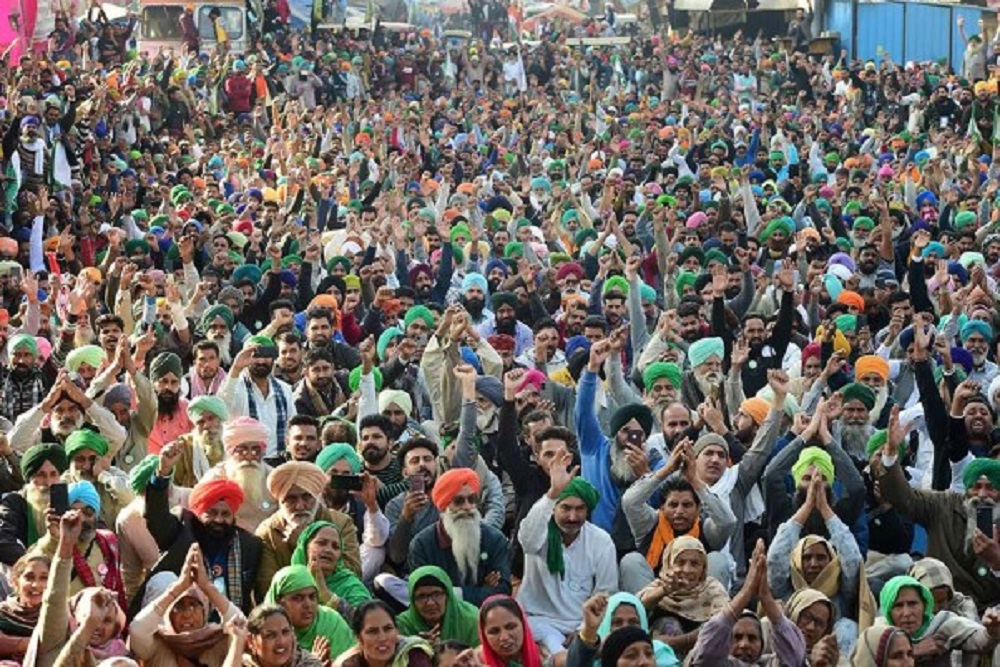 Farmers listen to a leader's speech during the ongoing protest at Tikri border, a day after the farmers' tractor rally, in New Delhi.

Farmers protesting against the Centre’s new agriculture laws intend to intensify “peaceful demonstration” after having called off the march to Parliament on Monday, February 1, the day Budget 2021 is placed in the House.

The final contours of their future actions will be known by Saturday, January 30.

“We are not going away,” reiterated Rakesh Tikait, National spokesperson of Bhartiya Kisan Union (BKU).

Nationwide public meetings are scheduled and a fast will also be organised at all protest sites on Saturday to mark the death anniversary of Mahatma Gandhi.

In a recorded statement, Swaraj India national president Yogendra Yadav blamed a rival union from Punjab and an actor for playing into the hands of their detractors. He asserted that the peaceful struggle will continue and that leaders have to learn a lesson from the incidents during Tuesday’s “tractor parade” in Delhi.

An umbrella organisation of the protesting unions decided to call off the proposed Parliament march when some leaders pointed out that it may lead to law-and-order problem and that may not augur well after the fracas on Tuesday.

While a section wanted to go ahead with it saying that it is the only way to catch the attention of the powers that be, they said it may further smear the campaign.

“We would like the farmers to return to the negotiation table. What happened on Tuesday is condemnable, shameful!” said Dinesh Kulkarni, all-India Organisational secretary of the RSS-backed Bharatiya Kisan Sangh (BKS).