Opposing Farm Legislations Is All About Fuss Over Nothing 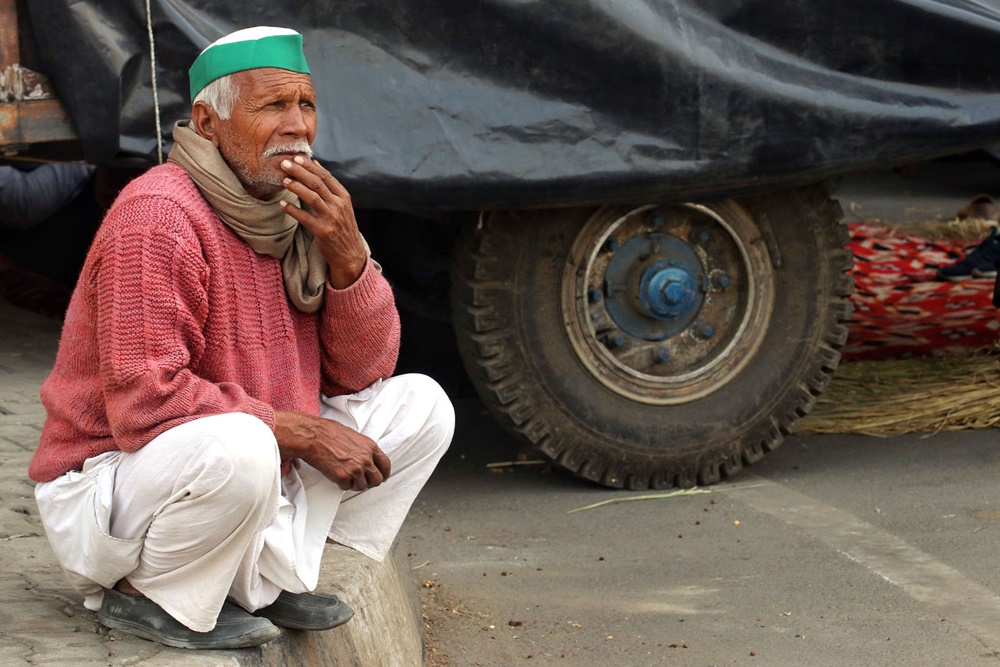 The agitation against three farm legislations is not backed by facts and are based on imaginary fears created by vested interests. Some gullible farmers completely under control of middlemen have been forced to believe that the three legislations would impoverish farmers and make their lives more difficult. They have ignored the fact that the Prime Minister who has been working so hard to empower farmers would not do anything that would go against them. It is time to call the bluff and separate wheat from chaff.

The three legislations passed by Parliament in September 2020 are: i) Farmers’ Produce Trade and Commerce (Promotion and Facilitation) Act ii) Farmers (Empowerment and Protection) Agreement of Price Assurance, Farm Services Act, and iii) the Essential Commodities (Amendment) Act, 2020. The Bills received the President’s assent on 27 September 2020 and became a law. 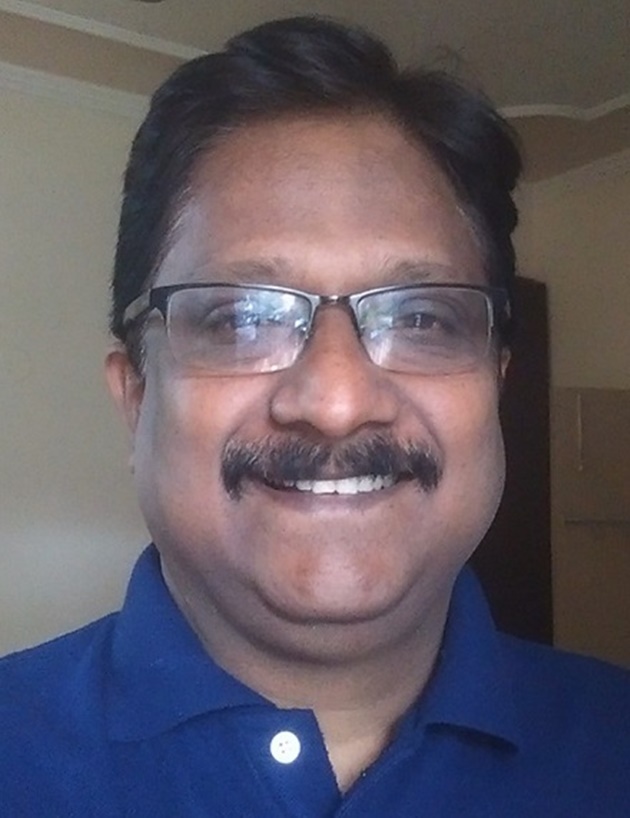 Sudesh Verma is Convener of the Media Relations Department of the Bharatiya Janata Party and represents the party as a spokesperson on TV debates. He has authored the book ‘Narendra Modi: The Game Changer’. The views expressed are personal.

A careful and dispassionate analysis would reveal that these farm legislations would remove those restrictions that were not allowing Indian agriculture to take off in a big way. Clearly those opposing are acting with vested interests. They want to protect the interests of middlemen who thrive on the labour of farmers while leaving the latter poor and devastated.

Since these middlemen are organised, have hegemonic control over farmers and have lots of money, no government dares to touch them and the system has been continuing. The agitation by vested interests asking for scrapping these legislations is the cry of those who privately fear that new system would end the system of exploitation perpetrated by these arhatias (middlemen) who finance these farmers on a high interest rate and force them to sell the produce only through them.

These legislations are not taking away anything from anyone but merely empowering by giving an alternative. If you don’t wish, you don’t use these laws and simply continue to operate through the old system. There is a fear that most farmers would move away to the new system leading to a collapse of the system of exploitation. If you are so sure that the old system is correct why are you scared. So, vested interests have tried to create fear in the mind of some farmers by citing big names and creating imaginary monsters. They have even raised the issue of the MSP (Minimum Support Price) which is not the concern of the three farm legislations.

In that sense the Modi government has stirred up the hornet’s nest. But here we have a Prime Minister who would do whatever is good for the common people and the country. He is not going to be hijacked by the optics created by the agitation. Opportunist political parties that were arguing for reforms in agriculture on similar lines sense this as an opportunity to try to defame this Government and have sided with agitating farmers and arhatias.

But they would be proved wrong as close to 86% farmers are small and marginal and they are not linked to the APMC since they do not have marketable surplus. Only about 6% who are rich and big, are linked to the APMC system and the MSP regime. These new legislations would enable the small and marginal farmers to enter into market by practicing agriculture on a bigger scale with inputs from contracting parties. The productivity is also slated to increase.

To make things simpler we can briefly analyse the three legislations. The first law allows setting- up of private mandis and enables farmers to sell their produce outside the APMC markets. This makes for easy trade and commerce of farm produce. Till now this is done through arhatias who act as middlemen and who hawk the produce at the APMC markets. The farmers end up paying cess, commission, etc. and get in return much less price than they had anticipated. Under the new law, they would be able to sell their produce at the farmgate and without hassles. There would be many buyers of their produce and hence they would get a better price. The first legislation provided for barrier-free entry for the trade of farm produce. If the market is not controlled by APMCs, farmers can go anywhere and sell their produce.

The second legislation is for giving a legal framework for contract farming. Even now contact farming is taking place in most parts of the country. However, in absence of a legal framework, it often leads to exploitation. The act provides that the agreement would be to produce alone and is immensely biased in favour of farmers. They would know in advance the price they would get of their produce and use input etc., given by the sponsor (contracting parties) to increase productivity. Enough mechanism is given to protect farmers.

Those opposing say this would benefit Adanis and Ambanis. This has become fashionable to talk in these terms but no law in the country is made for anyone specific business house or people. It is a different matter that those who have the resource and the vision would jump at the opportunities the legislation would provide. It is also surprising that people are okay with foreign MNCs doing business in agriculture such as Nestle or Pepsi but have problems with our own Indian big companies.

Those investing in agriculture must get the liberty to set up storage infrastructural facilities and cold chains that involve huge resource. This would keep a check on the price fluctuations as well. Due to the absence of such legislation, agriculture is failing to attract big investments. India can earn a lot of foreign exchange through agriculture exports, but reforms must take place to increase quality and productivity.

The third legislation is amending the Essential commodities Act to end restrictions on the storage of cereals, pulses, oilseeds, edible oils, onion, and potatoes. But the government would still continue to hold the right to regulate the market in exceptional circumstances such as war, famine, extraordinary price fluctuation and natural calamities. If there is too much regulatory influence the private sector would not come.

Those who say prices would soar high are disregarding the basic principle that a higher storage facility would help in regulating price fluctuation. Also, there would be perennial supply season after season. There would not be one but many players and there would always be fear of government intervention.

In India, most issues are settled through arguments. Now those agitating have started speaking less about the laws but more about the MSP. They are asking the government to legislate to make buying below the MSP a punishable offence. Why was this demand not made or implemented by policymakers in the last so many years? Giving such a guarantee would mean that the government should purchase if the food items are not purchased by private players. And what would the government do with these? Government purchase is limited to buying from farmers under MSP for the PDS system meant for the poor and a part of a food security back-up.

If the government decides to purchase all agriculture produce from farmers it would need somewhere between 15 to 18 lakh crore Rupees per year which is a sizeable portion of the Union Budget. Are we saying that the government should enter into the agriculture business? This is taking the clock backwards where nationalisation was the buzzword. This would lead to a downfall of the Indian economy and fritter away the advantage we have had after liberalisation since the 1990s.

Making any such law may mean taking away private players from the market since many big business houses would find it easier to import from neighbouring countries rather than buy from farmers here. In that situation, the farmers would be the worst sufferer. Farmers would then demand raising tariffs on the import of agriculture produce. Do we understand what we are talking about? Instead of becoming competitive globally, we want to go back to license permit raj.

Gautam Buddha suggested madhyam marg. This is the best in any context. If you raise your demand high and you are unable to see the writing on the wall and is not ready to compromise, you are bound to be doomed. The agitating farmers must realise that more than three lakh farmers have committed suicide due to various reasons including drought and indebtedness. Things must change to make the lives of farmers better. The agitators must understand that political parties supporting them are doing so due to their own vested interests.

When you start an agitation, you must plan an exit route. The government has offered them an exit route by changing the laws to accommodate their reservations. The Supreme Court of India has given them an exit route too by setting up a committee to suggest recommendations. But a group that is neither cohesive nor organised often ends up creating chaos. Sadly, so-called farmers’ leaders are refusing to learn from history.

(The views expressed by the author are personal and do not in any way represent or reflect the views, policies, or position of Outlook Krishi or OutlookIndia)