Farming in Himachal Pradesh being largely rain-fed, production of green peas has suffered due to the dry spell this year. 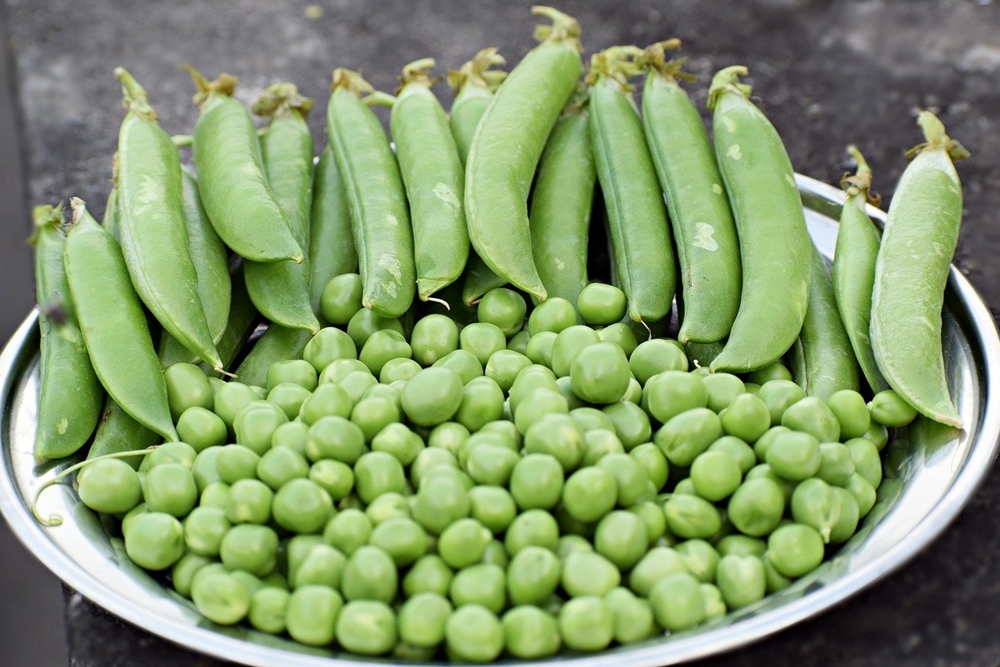 Imagine getting fresh green peas from Himachal Pradesh in the metropolitans of Bengaluru and Mumbai in Covid time. That is happening, and hill farmers are making it possible to get the vegetable right on the table in households miles away.

Though, the peas crop has suffered badly due to prolonged dry spell and 63 percent rain deficit, yet some lots of green peas – also called ‘pahadi matar’ – were supplied to Bengaluru from Parala wholesale market in Shimla district.

About eight tonnes of green peas were supplied to a leading Bengaluru trader via air from Chandigarh last week. The traders are now waiting for more demand – and also, better rates – from the city.

“Though we did not get expected price, despite paying heavily for the cargo charges to send the stock by flight from Chandigarh, yet we can explore ways to get new markets across India. Mumbai is another city, where we have started supplying peas by air cargo”, said Nitu Chauhan, President of Parala “Artiyas” Association.

These days there is regular arrival of green peas at Parala market from Karsog (Mandi) and several parts of Shimla district. The areas growing peas in Shimla include Kotkhai, Theog, Balson, Narkanda, Matiyana and Kumarsen.

The production of the green peas has suffered a major blow this year as there have been no rains for more than seven to eight months in the state. Most of the farming in Himachal Pradesh, barring lower hills of Kangra, is rain-fed.

“Some of the farmers who used to produce four to five tonnes of peas in the season have only one or two tonne production. The going rates at wholesale market is Rs 50 to 52 per kg. This is also not remunerative at all. Moreover, peas are a highly perishable commodity. We have to sell off the produce on the same day, or it will rot,” Chauhan explains.

The air-cargo charges also comes to around Rs 45 to 47 per kg .Thus, unless the produce is sold at Rs 110 or Rs 115 per kg at Bengaluru, Mumbai, etc., farmers will not get any returns.

During the good crop season, Shimla markets have been doing a business of Rs 100 to 110 crores per annum to supply peas to major markets in the country. The biggest demand is for ‘Pahadi matar’ – from Delhi, Mumbai, Ahmedabad, Chennai and Surat.

Some wholesale traders in these cities place orders through online portals and get supplies upto 180 to 200 MT every year. But this year, the yield is just half.

High altitude tribal areas of Lahaul-Spiti and Kinnaur are known for growing the best variety of green peas which fetches best price deals between Rs 75 to 90 per kg.

Last year, farmers suffered a huge loss due to the Covid lockdown and had to sell of the produce locally as transformation to other cities were disrupted. The peas crop will be ready soon in Lahaul-Spiti and Kinnaur. The growers have worries about impending lockdown restrictions in Mumbai and Delhi in view of a second wave of coronavirus infection.

Says Prem Bodh, a farmer at Keylong, “If the Covid situation turns grim again, we will find it difficult to market the vegetables and other cash crops from the valley. How long can you store the vegetables? There is also no proper Controlled Atmosphere storage facility in the state”.

In Controlled Atmosphere (CA) storage, produce is stored air-tight facilities, with constant monitoring and adjustment – if required – of Carbon Dioxide and Oxygen levels.

Last year, the state-run Agricultural Produce Marketing Committee (APMC) had helped the farmers by procuring 4,000 metric tonnes of peas valued at Rs 9.20 crore in Solan amid the lockdown. This was later supplied to Punjab, Haryana, Delhi and Chandigarh.

Agriculture minister Virender Kanwar assures farmers of facilitating marketing and transportation of produce so that growers get better prices.

“Covid is certainly a worrying factor. This has hit every section of the society. Now we are seeing a second wave also, but the state government has assured that no lockdown will be imposed. Yet, there will be restrictions as response to the second wave,” he says and appreciates the efforts of the farmers to market peas and other produce to major markets of India.