Apart from its use in food, Rhizome is an integral part in the manufacture of essential oils, essence, soda, and other beverages. 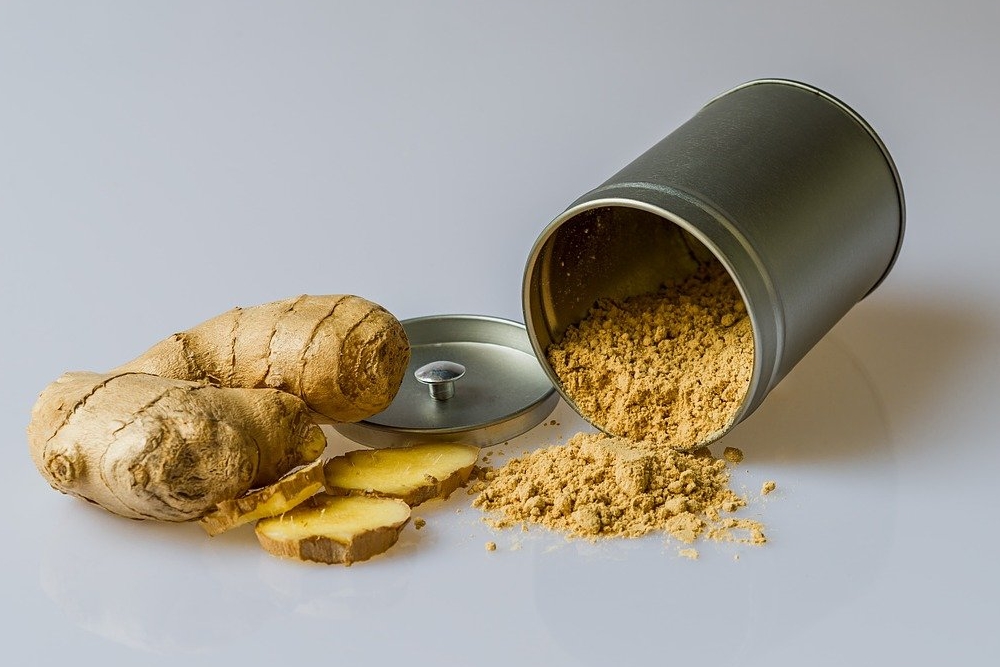 It is a spice that is used widely in several recipes, and even in various beverage and aerated drinks. Around the world ginger is an important spice crop valued for its medicinal properties.

India is the largest producer, sharing over 70% of world production, with exports to more than 50 countries.

Apart from its use in food, it is an integral part in the manufacture of essential oils, essence, soda, and other beverages.

Ginger grows best in warm and humid climate. It is mainly cultivated in the tropics from sea level to an altitude of about 5,000 feet. The best time for planting ginger in India’s West Coast is during the first fortnight of May while in the North Eastern states, it is during April.

Ginger contains moisture, protein, fat, minerals, fibre, and carbohydrates. It provides vitamins like thiamine, riboflavin, niacin, and vitamin C. It is also a source for providing minerals to the body such as iron, calcium and phosphorous.

Ginger is chewed to soothe throat irritation. It is among carminative that helps prevent formation of gas in the gastrointestinal tract. It is also consumed mixed in tea.

Among other benefits than acting as an anti-flatulent, chewing ginger gives relief from nausea and motion sickness. Applying ginger paste is said to have anti-inflammatory effects and is also used for migraine.

In case of using the ginger bought from a grocery store or vendor to plant in a kitchen or terrace garden, it needs to be soaked in water for a night. This helps overcome any growth retardant the rhizomes may have been treated with.

The rhizomes can be planted whole or in smaller pieces with a couple of growing buds each.

Plant them about 10 inches apart, and no deeper than 2 inches; water well. Leaves will emerge after about a week.

Now water sparingly, but deeply, after growth is observed.

The plant will grow to about four feet and many of the roots will appear above ground.