Cold chain for fresh fruits and vegetables is an environment-controlled logistics that does not alter essential characteristics of produce and ensures uninterrupted care from source to use. 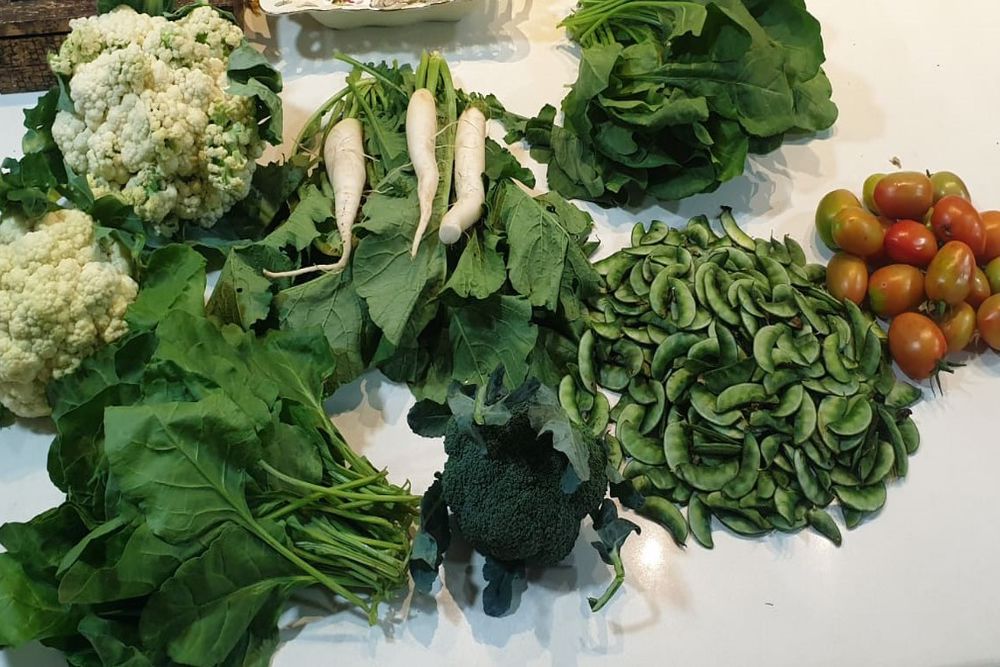 ‘Saptkrishi’ is a startup in Bihar that is helping farmers to store their produce longer, while also keeping them fresh. A unique storage device developed by them called ‘Sabzikhothi’ is housed in a tent like structure and requires 10 watts of electricity either on or off grid and a litre of water a day. This self-assembled storage device can be transported on everything – from a wooden cart to an e-rickshaw or even a truck. Compared to conventional refrigeration that can store up to 30 to 40 kgs of fresh produce, the ‘Sabzikhothi’ offers 10 times the capacity. A high humid and sterile isolated chamber with high end technology enables preservation of fruits and vegetables – the startup claims – up to 3 to 30 days. This, it adds, prevents produce loss and also CO2 emissions. Interestingly, ‘Saptkrishi’ is also creating and empowering a chain of farmgate micro entrepreneurs in cities such as Bhagalpur, Patna and Kanpur who can purchase produce from farmers digitally through the startup’s app at a fair price and sell directly to consumers.

In this context, a study conducted by the ICAR-Central Institute of Post-Harvest Engineering & Technology (CIPHET) highlights that a large share of the agricultural produce is being lost on its way from “farm to fork”. The CIPHET study points out that for highly perishable fruits and vegetables the post-harvest losses ranges from 4.58-15.88 percent of the country’s horticulture production.

The Doubling Farmers Income Committee (DFI) Report 2017 also affirms that for the farmers, especially small and marginal farmers, fruits and vegetables fetch highest economic value in its fresh form and that post-harvest ageing can only be slowed down by cooling to its optimal holding temperature and through humidity control. Hence, experts have emphasized on the need to invest in post-harvest ‘cold chain infrastructure’ at the farmgate on a massive scale that would enable more farmers to preserve fruits and vegetables while also giving them the necessary time to sell at a remunerative price.

Cold chain for fresh fruits and vegetables is an environment-controlled logistics chain that does not alter the essential characteristics of the produce and ensures uninterrupted care from source to use. In fact, the harvest may undergo cleaning, sorting, grading, washing, waxing, packaging along with pre-cooling at an aggregation ‘pack house’. The produce is further transported in cold rooms on wheel (also called reefer vehicles) to distribution hubs with ripening chambers in and around periodic “haats”, wholesale, retail and terminal markets and thus preventing food losses.

To address these issues, Government of India, through the Mission for Integrated Development of Horticulture (MIDH), has enabled investments in creation of post-harvest management, cold chain infrastructure and add on capacities through credit linked subsidies for individual, Farmer Producer Organization (FPOs) etc.

Experts however point out that majority of cold stores are stand-alone units and do not own direct connectivity in the form of refrigerated transport (whether by road, rail or air) since they were designed to service crops like dried chilies, potatoes and seeds. They, therefore, contend that there is the need to create these integrated facilities in the agricultural supply chain between the Origin (farm source) and Destination (consumer market) – ‘OD pairs’ by factoring in seasonality as well as crop specificities; for fruits and vegetables such as mango, banana, papaya, lemon, okra, onion, tomato, cabbage, cauliflower, brinjal, cucurbits that are abundantly grown for the domestic market and for mango, banana, grapes and pomegranate that are exported.

Without doubt, more capital investment is required for setting up such integrated farmgate infrastructure that a National Centre for Cold Chain Development (NCCD) study, conducted in 2015, estimates at Rs. 89,375 crore. Ashok Gulati and Sweta Saini in an article recently published in Indian Express argue that if the Government follows the path of investing in infrastructure, ensuring a more diversified agriculture and links small holding FPOs with markets the same will pay rich dividends to the country’s economy.

Cost effective cold chain innovations by agri startups such as ‘Saptkriski’ have been fueled by an ecosystem unleased by the Government that has provided freedom of choice to farmers as well as a facilitative framework for electronic trading. In fact, the definition of a farmer in the historic Farmers Produce Trade and Commerce (Promotion and Facilitation) Act, 2020 significantly includes the agency of cooperative societies and FPOs. Second, the recently launched one lakh crore Agricultural Infrastructural Fund (AIF) provides instruments of medium- and long-term debt financing for farmgate cold chain architecture, agri entrepreneurs, startups, FPOs and e-marketing platforms. Third, ‘Kisan Rail’ and ‘Kisan Udaan’ initiatives have been launched. Fourth, to further empower small and marginal farmers, a dedicated Central Sector Scheme for formation and promotion of 10,000 FPOs across the country has been launched. This provides handholding and support to FPOs through equity grants and credit guarantee up to five years.

There are also examples of farming process modifications by FPOs such as Optimal Agro Producer Company in Ambala, Haryana, that transacts in fresh supply of papaya, banana and tomatoes. Though Haryana Government’s Crop Cluster Development Program (CCDP), the FPO is investing in commissioning an integrated pack house, pre-cooling, cold store and ripening chambers. Such investments will provide scope for expanding the market for the FPO as far as Kolkata, Siliguri, Hyderabad, Kota and Mumbai and overseas markets of United Arab Emirates (UAE) also. A study was conducted by NCCD in 2016 to measure impact of cold chain for the low-cost, high yield fruit mandarin from farm gate in Punjab to a market 2,500 kms in Bangalore by truck. The study revealed a food loss reduction to the extent of 76%.

A few more last mile initiates can make a huge difference. First, facilitation for agri startups that are innovating to make cold chains cost effective and purchasing directly from farmers needs to be fast tracked. Second, we must promote opportunities for ex-servicemen/rural youth to be trained, own and operate village pack houses and distribution transport. Third and most importantly, Krishi Vigyan Kendras (KVKs) need to be plugged into farmgate integrated pack house supply chains to advise on increasing productivity and yield of fruits and vegetables. 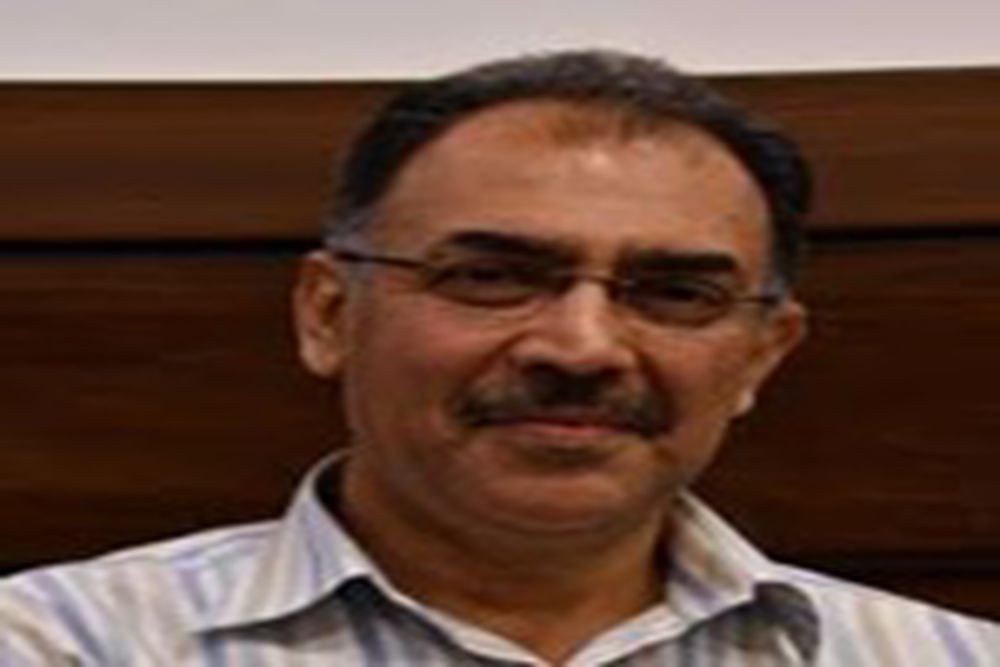 (The writer is an Additional Secretary in the Ministry of Agriculture & Farmers Welfare, Government of India. Views expressed are personal)