Research shows that if women farmers had the same access to productive resources as men, they could increase agricultural output: FAO 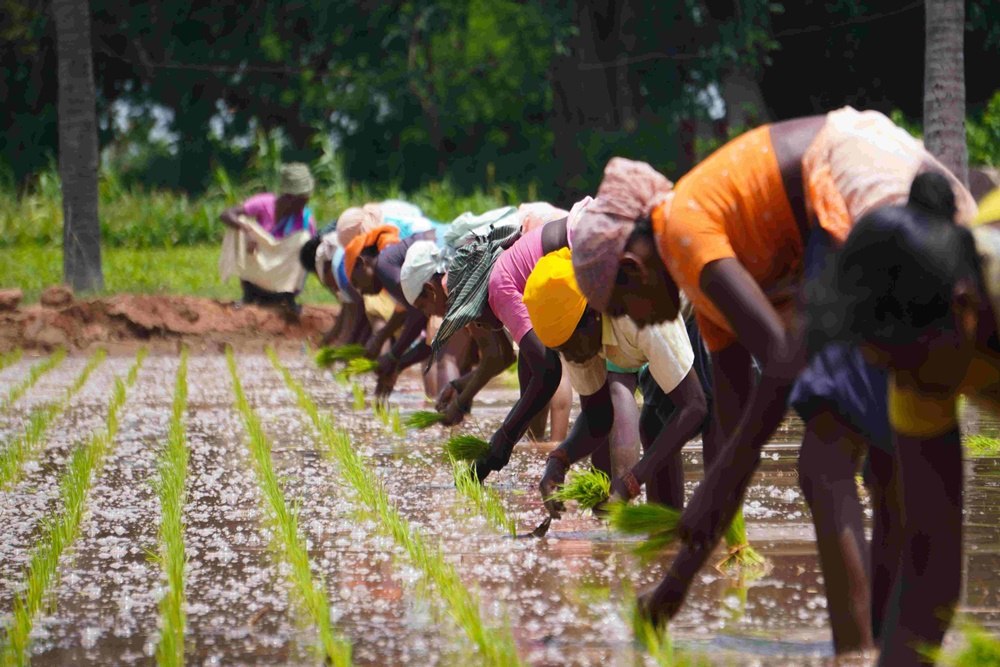 The three United Nations food agencies will webcast an event ‘Women's leadership in a COVID-19 world for a better future’ on Monday, 8 March at 7 PM IST.

This will be co-organised by the United Nations Food and Agriculture Organization (FAO), the International Fund for Agricultural Development (IFAD) and the World Food Programme (WFP) to mark International Women's Day.

"Women and girls can play a crucial role in the response to the COVID-19 pandemic and in particular in transforming our agri-food systems,” said FAO Director-General QU Dongyu, adding, “We all need to work together to spark the necessary changes to empower women and girls, particularly those in rural areas."

The FAO works to strengthen rural women's engagement and leadership in agri-food systems. It works with farmers' organizations to ensure that rural women's voices are heard.

Women's leadership is particularly important in rural areas of developing countries, where the voices of the 1.7 billion women and girls who live there are often overlooked, said an FAO article.

"Investing in rural women's leadership and involving them more in creating our post-COVID future is critical to ensure their perspectives and needs are adequately considered so that we can build back better food systems where there is equal access to nutritious food and decent livelihoods," said Gilbert F. Houngbo, President of IFAD.

There are 60% women in South Asia and sub-Saharan Africa engaged in agriculture yet have lesser access to resources and services than men, including land, finance, training, inputs, and equipment, according to FAO.

Since 2009, IFAD has implemented a ‘household methodologies' approach to reinforce the equal role and decision-making capacity of women within households, groups and communities.

Evidence from Uganda, Rwanda, Kyrgyzstan, and other countries has shown that women who take part in the programme take up leadership roles in their organizations and communities. They have a greater voice in decision-making in their households. This has led to greater agricultural productivity, the report on fao.org added.

David Beasley, Executive Director of WFP said, "We know from our work around the world that when women and girls have better access to information, resources and economic opportunities, and are free to make their own decisions, hunger rates fall and nutrition improves not only for themselves but also their families, communities and countries."

Research shows that if women farmers had the same access to productive resources as men, they could increase yields by 20 to 30 per cent and total agricultural output by 2.5 to 4 per cent, lifting 100 to 150 million people out of hunger.

In addition to their agricultural work, women are overburdened with domestic chores and caring for their families – roles that have increased during the COVID-19 pandemic.

Food security and gender inequality are closely linked with disadvantages beginning at a young age. In many countries, boys and girls lead different childhoods. Boys eat first, are given more food than their sisters, do less housework and marry later.

For girls, marriage – not education – can dominate their childhood.

WFP's work in achieving gender equality begins at school where support or implementation of School Feeding programmes in more than 70 countries contributes to increased school attendance of girls.

This provides them greater access to education, reduces the risk of child marriage and other forms of gender-based violence, and increases future livelihood and leadership opportunities for girls.