In northern India, the practice has long been a major cause of air pollution despite intervention by authorities. 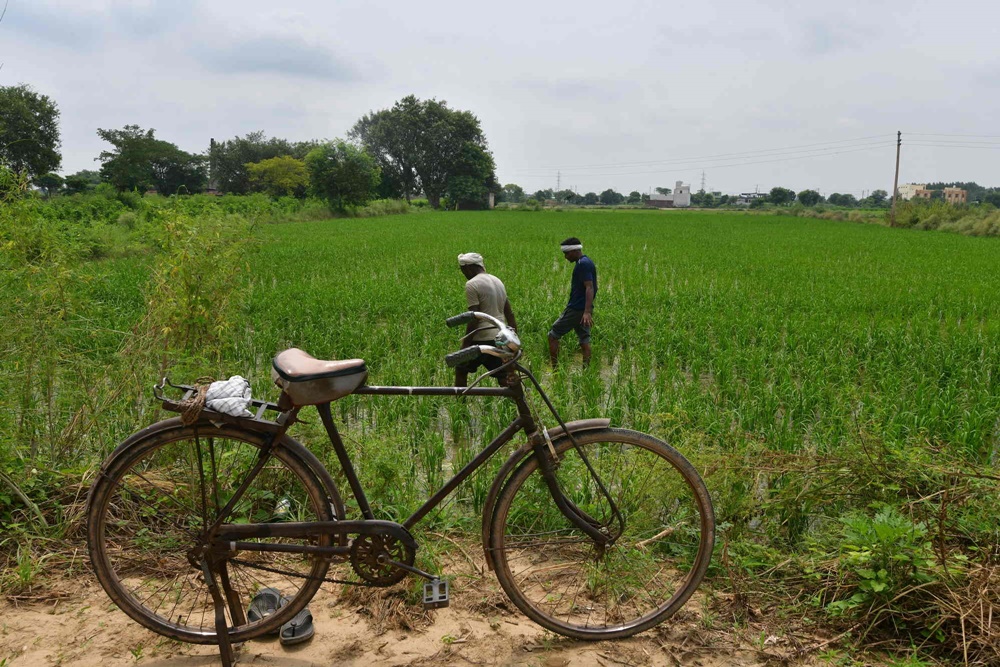 Crop residue burning is an age-old practice followed by farmers. The straw stubble (parali) is set on fire after crops like rice and wheat have been harvested. This is done to prepare the fields for the next cropping season.

In northern India, the practise has long been a major cause for air pollution despite intervention by authorities.

Smoke from villages in Haryana and Punjab travel hundreds of kilometres, as far as the national capital, adding to toxic haze.

Not just Delhi, the fumes hang heavy in several parts of north India, posing a massive public health crisis for millions of people.

Authorities have pitched alternatives, banned it, fined farmers, and even jailed a few. In 2019, the Supreme Court ordered a clutch of northern states to award Rs.2,400 per acre to every farmer who did not burn stubble.

In 2015, the National Green Tribunal had directed state governments to take coercive and punitive action against defaulters to withdraw assistance provided to such farmers.

Yet, in 2018-19, an estimated 12 million tonnes of rice residue were burnt in north-west India, especially Punjab and Haryana.

The Tata Trusts have been working with farmers in Punjab since 2018 to minimise the impact of crop residue burning and to address other issues in the agricultural sector through their Reviving the Green Revolution (RGR) initiative. The Trusts’ initiatives have been designed to complement government efforts to help farmers adopt a better way to manage crop residue.

The foundation of the Trusts’ Crop Residue Management Initiative, however, was initiated as early as 2011-12 when they sanctioned a grant to Punjab Agricultural University (PAU) to conduct demonstrations of the Happy Seeder technology which helped in the initial standardisations of problems associated with machinery. Over time, these issues were ironed out further.

The Happy Seeder is a tractor-mounted machine that cuts and lifts rice straw, sows wheat into the soil, and deposits the straw over the sown area as mulch.

With the use of innovative technologies like the Super Straw Management System (Super SMS) – combine harvester and Happy Seeder, the Trusts showed farmers how they could harvest paddy and plant wheat on the same day.

Since the inception of this initiative, RGR has supported 540 villages across 38 blocks in nine districts in Punjab, benefiting both farmers and the environment, improving soil fertility and farm yield, while simultaneously reducing the use of water, fertilisers and herbicides. Information on crop cultivation practices were shared with over 256,000 farmers.

HARIT has impacted 84 villages across 21 blocks in seven districts in Punjab and Haryana, training over 350 farmer ambassadors and around 200 custom service providers through 35 farmer training sessions. The project also conducted field demonstrations with 83 Happy Seeders on over 4,000 hectares of land. Field information days and seminars have helped inform more than 2,500 farmers about the benefits of using the Happy Seeders as well as associated production practices.

In the short period since its launch, the Trusts’ Crop Residue Management initiative has made a huge impact on farmers’ cultivation methods. Surveys showed that 80 per cent of farmers in the pilot villages did not burn crop residue and used alternate sustainable practices in their holdings.

More than half (56%) used the Happy Seeder and zero till drills for sowing wheat. More than half the farmers (58%) who used Happy Seeders rented it from other farmers, thereby providing the owners with additional income.

The Trust's goal is to scale up proven technologies and encourage farmers to use sustainable agricultural practices. With the support and collaboration of governments, research institutions, farmer organisations, policymakers and key stakeholders working on crop residue management, Tata Trusts hope to end all crop-residue burning by 2024.