Women Farmers Being Denied Their Due: Activists 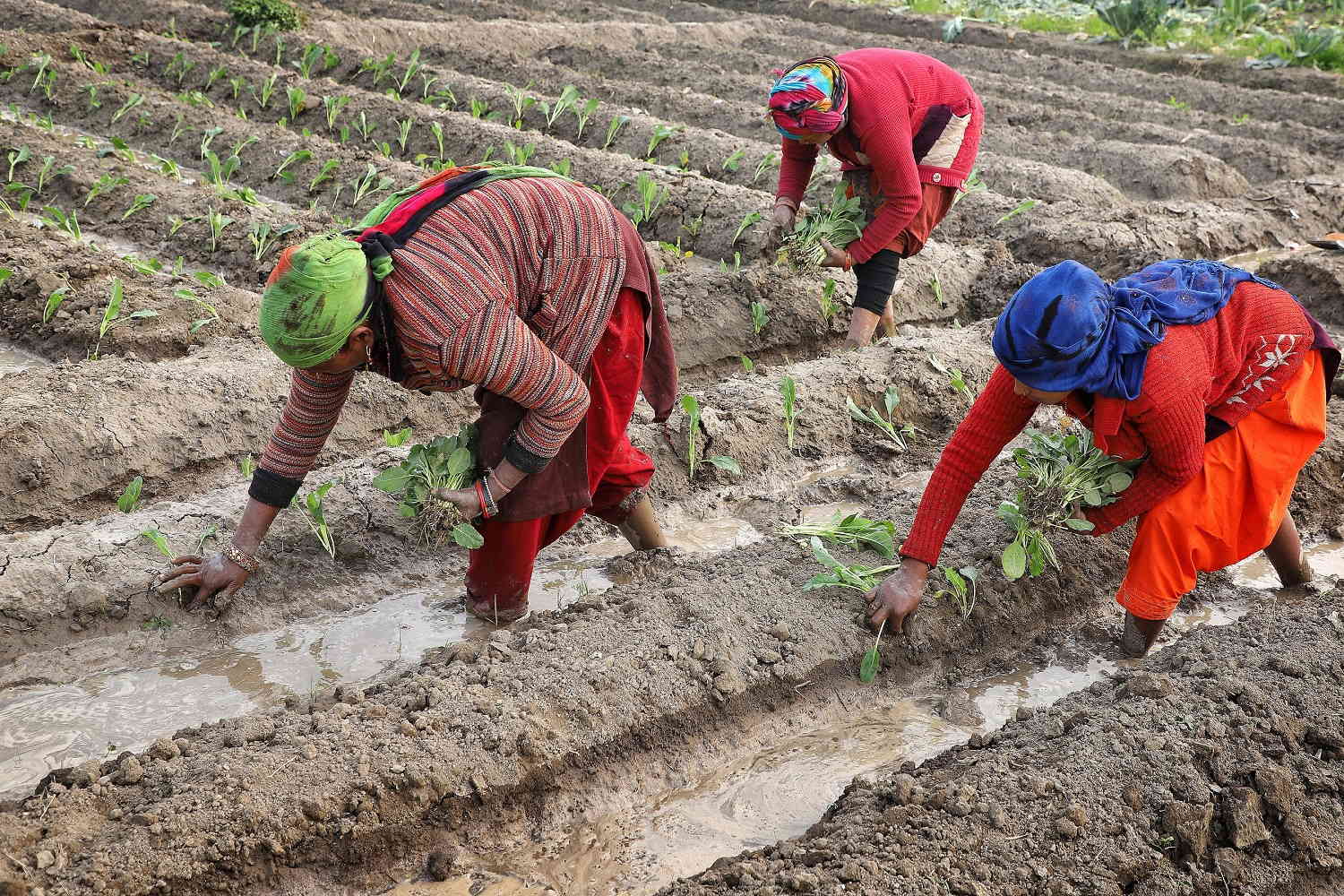 Despite the contribution of women to farming, their labour is seldom recognized and they hardly get the benefit of schemes, point out activists.

Days after farmers protesting against the Centre’s three new agriculture laws celebrated “Women Farmers’ Day”, many say it is time for equal opportunity and rights.

According to the Mahila Kisan Adhikar Manch, women farmers attend to 75% of agriculture-related work, yet own only 12% of farmland.

The Left-leaning All India Democratic Women’s Association (AIDWA) has been demanding that women farmers should also be recognized as farmers, “but the government is not ready to accept this,” alleged Subhashini Ali in a newsletter.

Thus, according to her, neither do women farmers get the annual amount of Rs.6,000 (under the PM-KISAN scheme) in their accounts, nor do they get any other facility available to the farmers.

“What a tragedy that if a woman farmer commits suicide then her family does not get compensation from the government,” Ali, who is also a Polit Bureau member of the CPI(M), added.

However, the government claims that the flagship scheme – Mahila Kisan Sashaktikaran Pariyojana (MKSP) – a subcomponent of the National Livelihood Rural Mission (NRLM) aims to improve the status of women in agriculture. In most cases, farmers have benefited by forming self-help groups to avail of government help and go for systematic farming.

According to the MSKP website, women farmers from Maharashtra have been the biggest beneficiaries with over 14 lakhs availing the scheme. The data showed that Andhra Pradesh had the second highest beneficiaries (almost 14 lakh) followed by Madhya Pradesh (close to 11 lakh).

The site says over 88 lakh women farmers have benefited across 1.4 lakh villages in the country.

The government has also been giving additional support and assistance to women farmers, over and above male farmers, under schemes such as AgriClinic and Agri-Business Centre, Integrated Schemes of Agricultural Marketing, Sub-Mission of Agricultural Mechanisation and National Food Security Mission, agriculture minister Narendra Singh Tomar had informed Parliament some time back.

“Besides, women farmers can also avail of benefits under all the schemes implemented by the department as per eligibility,” he said.

However, activists do not accept such measures as enough.

There has been persistent agrarian distress over the last three decades, claimed AIDWA, All India Kisan Sabha and the All India Agricultural Workers' Union in a joint media address recently.

About 72 million women have lost their paid jobs in the agriculture and allied sectors in the last five years, they stated, adding that more than 4 lakh male farmers have committed suicide since the onset of the agrarian distress and their widows are yet to receive any debt waiver or rehabilitation package.

The Union Ministry of Women and Child Development, in its draft National Policy for Women 2016, articulating a Vision for Empowerment of Women, had said: “Wives of farmers who committed suicide on account of failure of crops or heavy indebtedness are highly vulnerable and are left behind to take care of their children and family. Special package for these women that contains comprehensive inputs of programmes of various departments/ Ministries like agriculture, rural development, KVIC, MWCD will be provided for alternative livelihood options.”

Many women activists hail the work of farmer leader Sharad Joshi in this field. Apart from the farmer organization in Maharashtra, he also founded the largest organisation of rural women Shetkari Mahila Aghadi (SMA). This body is celebrated for its work on women's property rights, notably for the Lakshmi Mukti programme that has conferred land titles on lakhs of rural housewives.

“Despite being pro-corporatisation and pro-liberalisation, he is probably the only farmer leader in India – that too a male – who had actually done a campaign to get his male members part with parcels of land in the name of women; in the name of their spouses,” says activist Kavitha Kuruganti.

“It was a lone leader who took on an agenda and ran a campaign with his members. And he managed to do it. Suddenly, among Shetkari Sangathana (founded by Joshi) members, you had more women owning land,” stated Kuruganti, who is also member of the Samyukta Kisan Morcha (SKM).

The Women Ministry 2016 draft had observed: “…feminisation of agriculture and growing number of women farmers raises the larger issue of gender entitlements to land and assets ownership; growing state of art medical facilities has to be analysed against high Maternal Mortality Ratio (MMR), malnutrition and anaemia and lack of geriatric care and support; growing urbanization and resultant migration of women in relation to the availability of safe spaces and social security net for vulnerable women.”

According to Mariam Dhawale, AIDWA general secretary, “Unfortunately, the Agriculture Ministry has not addressed the issues faced by women farmers.”

Reiterating their stand, she added: “We demand recognition of women's rights as farmers and have urged the government to adopt the draft national policy for women in agriculture that had been created in 2009.”

The 2016 vision document had also said: “With increasing feminization of agriculture, women will be recognized as farmers in the agriculture and allied sectors and related value chain development. Efforts will be made to support women farmers in their livelihoods, their visibility and identity, secure their rights over resources, ensure entitlements over agricultural services, provide social protection cover.”