US Congressman Asks India To Provide Security To Agitating Farmers 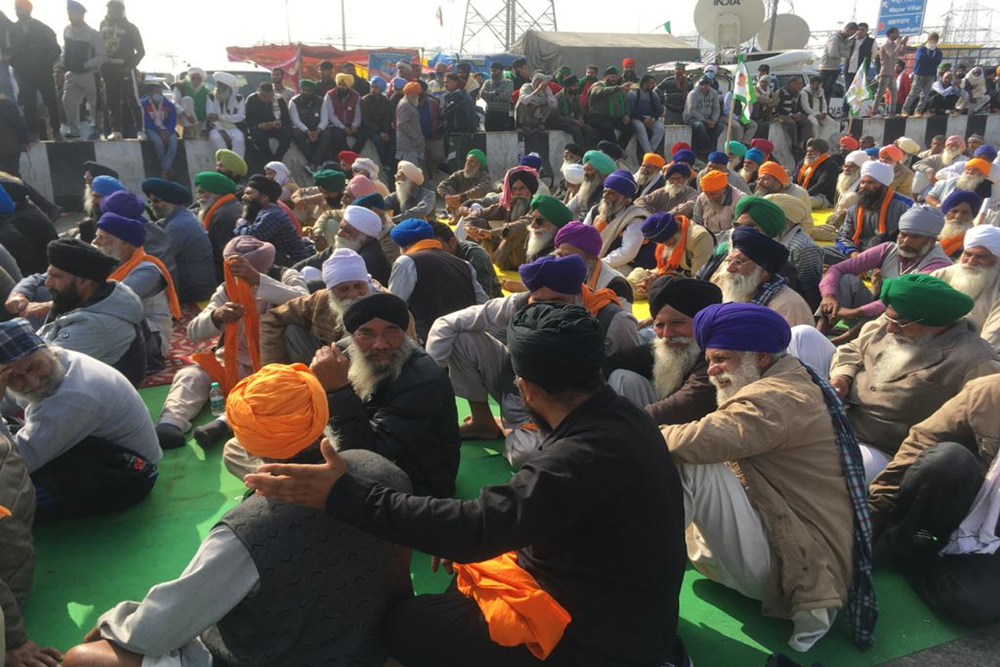 A Democratic American lawmaker on Tuesday urged the Indian government to provide safety to the protesting farmers as he hailed the recent offers of dialogue and a proposal from India's Supreme Court to set up mediation.

"We have seen some ill-informed comments…relating to farmers in India. Such comments are unwarranted, especially when pertaining to the internal affairs of a democratic country," External Affairs Ministry Spokesperson Anurag Srivastava said early this month.

"I call on India’s government to demonstrate its commitment to democratic norms by guaranteeing protesters’ safety and by treating them with respect. Democracy demands this much," Congressman David Trone said.

Trone, who represents the sixth Congressional District of Maryland, also expressed concern over reports of violence used against the protesters. He was first elected to the House of Representatives in 2018.

"I further welcome the government’s engagement with the protestors, including recent offers of dialogue and a proposal from India's Supreme Court to set up mediation," he said in a statement.

"As we continue to watch the democratic process unfold in India, where stakeholders from all sides are included, I’m hopeful to see a path forward that respects the rights of all Indians," said Trone, who previously was owner of a major American wine retailer.

Dubbing these laws as "anti-farmer", these farmers claim that the newly enacted legislations would pave the way for the dismantling of the minimum support price system, leaving them at the "mercy" of big corporations.

However, the government has maintained that the new laws will bring farmers better opportunities and usher in new technologies in agriculture. There have been multiple rounds of talks between representatives of the protestors and the Indian government but the logjam continues.

"The partnership between the United States and India has grown exponentially over the course of the past several years based on shared interest in a variety of areas: from security and trade to climate change and human rights," he said.

"Our relationship with India not only helps anchor US policy in the Indo-Pacific, but it serves to set an example for cooperation that extends far beyond our two countries. As President-elect (Joe) Biden takes office in January, I look forward to working with the new Administration to strengthen this partnership based on the democratic values President-elect Biden has espoused throughout his career," he said.

Trone said India’s citizens, like those of the US, have a longstanding tradition of engaging in a civic debate that aims to hold the government accountable to its people.

"We are reminded of this as thousands of Indians have taken to the streets in recent weeks to peacefully protest implementation of new laws. Their demonstration is an exercise of the democratic process, one that grants civic rights and freedom of expression,” he said.